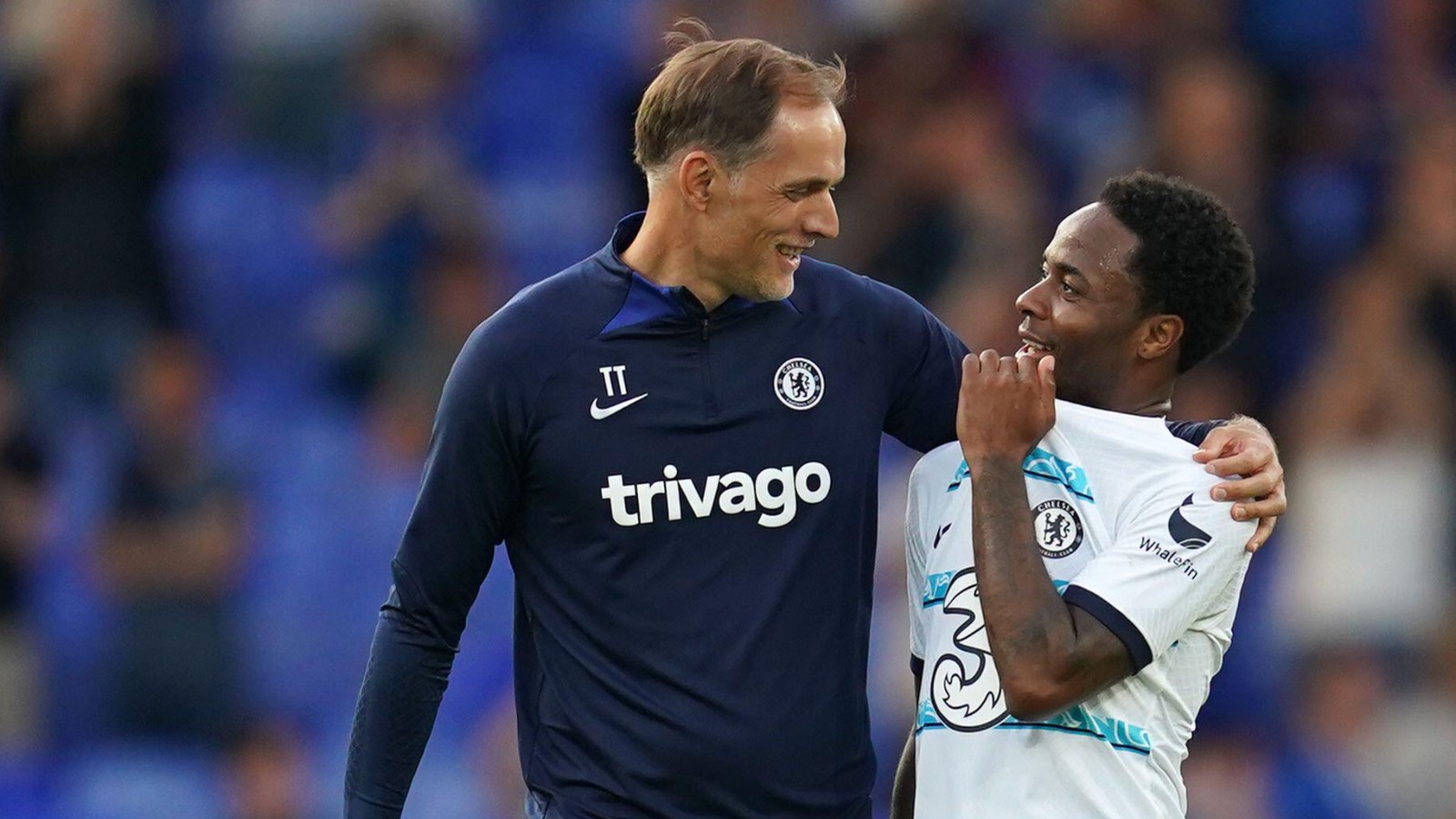 Raheem Sterling has pledged to be an outspoken leader at Chelsea, after returning to home city London as a “grown adult”.

The 27-year-old is back living in London for the first time in more than 10 years, after majorly successful stints with Liverpool and Manchester City.

READ MORE: One per club: Premier League opening-day starters who shouldn’t get too comfy

Sterling revealed his £47.5million Chelsea switch revolved around his refusal to accept limited playing time at Manchester City approaching the peak of his career.

The 77-cap England forward also revealed Thomas Tuchel’s praise for his direct attacking threat, with the Chelsea boss excited to see Sterling drive forward for the Blues with the ball at his feet.

“I’m excited, I’ve grown up a bit off the field,” said Sterling.

“I feel like my whole journey, going up to Liverpool, Manchester, playing at City, and living the dream – now I’m coming back to London as a grown adult.

“I’ve been in the football game a while now, I’ve got my head on my shoulders and I know exactly what I want from my life and football.

“So it’s the perfect time to come back.

“Inside the changing room and at the football club, there’s a developing side of me which I’d like to see a lot more, and that’s to be more involved in decisions in the dressing room, to be more vocal, and try to drive the team on.

“I think he (Tuchel) said to me it’s my directness, always threatening in behind, not always wanting it in to feet and going in behind.

“But most importantly it’s how I attack the box, and with the full-backs that we have here he said that’s the one thing he wants to see a lot more, so that was the conversation there.”

Sterling was born in Jamaica but raised in London, before making his name and carving a top-level career at first Liverpool then City.

The pacy forward returns to London with four Premier League titles under his belt, with new Chelsea owners Todd Boehly and Clearlake Capital having viewed him as their top target at the start of the summer.

“The move came about, like anything as a person you strive to achieve, and I just felt my time at City was getting limited on playing time for different reasons,” said Sterling.

“I couldn’t afford to waste that time. So I needed to keep that same level and a fresh challenge.

“It’s something that since 17 I’d been a regular starting, so to get to a peak time in my career, not to play regularly is something I wouldn’t accept.

“My personality is to try to fight and change the scenario, but it didn’t happen and that’s it.

“This was the option that was tailor-made to my personal goals, and with my family as well and the direction the club is going in.

“It’s a team that’s competing and only going to get better. With the new ownership as well, it made a lot of sense.

“It was tough of course with the time I spent at City and there’s lots of memories and top moments.

“But the year and a bit that I was in and out of the team taught me a lot about myself, made me value a lot of things and I tried to get things in order.

“It was a difficult decision but you have to make the decision that’s best for yourself.

“It does feel like coming home, coming back to London; it’s been a long time that I’ve been away, since about 14 or 15.”

Chelsea banned one fan for life and five more temporarily over racist abuse directed at Sterling at Stamford Bridge in his Manchester City days in 2019.

The new Chelsea recruit insisted that incident had not even crossed his mind amid his decision to join the Blues, however.

When quizzed on that 2019 abuse, Sterling added: “That’s the first time I’ve actually even remembered it.

“It wasn’t anything that played on my mind at all, I can’t let abuse from individuals affect my perception of a club.”