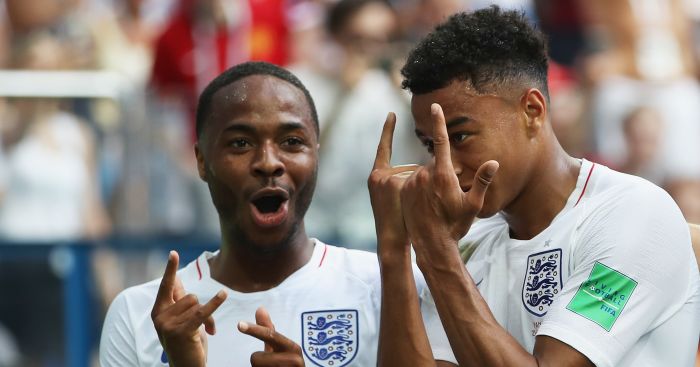 Eric Dier believes there should be no debate about England team-mate Raheem Sterling’s performances at the World Cup, praising the forward for a “fantastic tournament”.

Amid the joyous celebrations that have greeted England’s run to the semi-finals in Russia, Sterling seems to be acting as a lightning rod – the one player whose contribution splits opinion.

Three Lions boss Gareth Southgate has placed a huge amount of trust in the 23-year-old, starting him in every game barring the defeat to Belgium when he rested several key men.

Sterling’s pace and willingness to run at opposition defences has been a major part of England’s attacking threat, but his timid finishing has frustrated some fans.

Dier, though, insists questions over his value to the side are a red herring.

“Raheem’s attitude is fantastic, his work ethic is fantastic as well. He offers so much to the team,” the Tottenham midfielder said.

“He has quality in possession, links the play, makes runs in behind and off the ball his work-rate is incredible.

“It’s so clear to see if you were to watch back all our games up to now the importance he has to the team. I think he’s had a fantastic tournament so far and hopefully that can continue in the next week.”

That Sterling is alone in attracting some criticism – albeit mixed with plenty of praise – represents considerable progress from two years ago.

Back then England had just been dumped out of Euro 2016 by Iceland and had seemingly lost any hint of goodwill from most sections of their fan-base.

Dier took that defeat as hard as anyone and admits to viewing the unexpected success of recent weeks as redemption.

“After the Iceland game, we knew that things needed to change,” he said.

“We have put everything in place, we have learnt from our mistakes, which is the most important thing, and we have made things right.

“We have seen the way the country has got behind us and the happiness we are giving out and it is fantastic to be a part of.

“We’re really happy with where we’re at but we believe we can continue this great journey.”

To do so, and seal their first World Cup final in 52 years, England will need to see off a Croatia side who thrashed Argentina in the group stage and edged Denmark and Russia on penalties to reach the last four.

Real Madrid’s former Spurs playmaker Luka Modric and Barcelona’s Ivan Rakitic are two of their key men, and Dier is fully aware of their talents in midfield.

“They are two fantastic players, world-class players in their position,” he said.

“Everyone knows that but hopefully we can do our jobs on Wednesday as a team and individuals and contain them.

“Rakitic I haven’t played against but I played against Modric twice this year in the Champions League and everyone knows what he did in the Premier League.

“He is a fantastic player who can create magical moments and I think he has been one of the outstanding performers so far in this World Cup.”