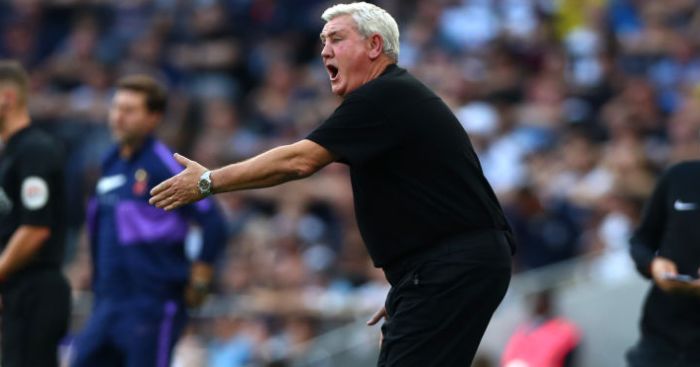 Newcastle boss Steve Bruce hit back at those criticising his side, saying he hoped the Magpies’ 1-0 victory over Tottenham on Sunday will “shut a few people up”.

Bruce – who had been unable to guide his side to any points in either of their opening two Premier League outings – responded emphatically in North London, with Joelinton’s first goal for the North East club enough to secure all three points.

Newcastle‘s victory was also a product of their defensive attitude and organisation, aspects of his team which the manager praised following the game.

“We needed a bit of courage and thankfully the players had that from the first whistle,” Bruce told BBC Sport. “We have tried to quieten the storm. Hopefully that will shut a few people up a little bit. After two games, it’s been hard to get that criticism. We have had to ride it.

“I hope that gives us a little a bit of time. It is only the first win but we have seen some big performances today. They only thing you can do is show that it means something to play for the club. All week we have been working on it.

Speaking about Joelinton and his winning contribution, Bruce continued: “A lot of the players have only been here for a mater of weeks and it takes time to get used to the Premier League.

“I am delighted that Joelinton got the goal today. We played him a lot better today, it worked and he will be delighted to get the goal.”

Newcastle’s next test comes in the EFL Cup on Tuesday, when they face Leicester City at St James’ Park in the second round.