Home Home Page Front Page Bruce: Joelinton will be No.9 despite ‘got the T-shirt’ signing 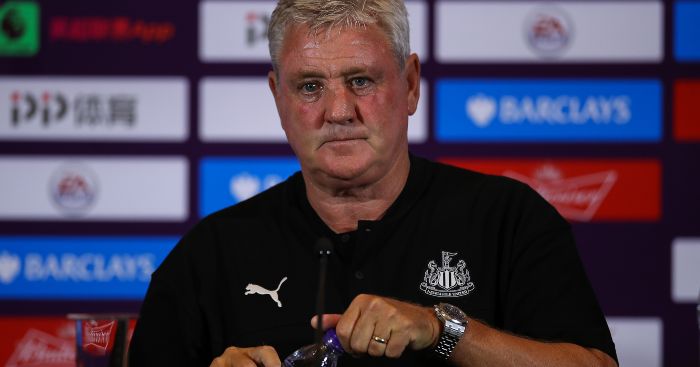 The former Bournemouth striker headed for St James’ Park this week in a deal understood to have cost the Magpies £20million, and is likely to make his debut in Saturday’s Premier League opener at West Ham.

However, he will not – for the time being, at least – fill the shirt famously worn in the past by the likes of Jackie Milburn, Malcolm Macdonald and Alan Shearer and will instead retain the 13 he wore for the Cherries.

“He’ll remain with the number nine shirt – I’ve spoken to Callum on that. The kid still has a big future and I think he’ll be better for last year.

“The type of character he is, I’m convinced he’ll roll up his sleeves at the challenge that lies ahead. It’s a big wake-up call and he’s found it difficult. But there are many others struggle to adapt.

“That’s why I wanted to go down the route of been there, done it, got the T-shirt with Callum.”

Wilson 28, was officially unveiled by his new club alongside former Bournemouth team-mate Ryan Fraser and full-back Jamal Lewis, who has joined Newcastle from Norwich, at a press conference on Wednesday.

The Cherries had hoped to take midfielder Matt Richie back to the south coast as part of the deal, but Bruce revealed they were unable to push home their interest.

He said: “All along with it, I wanted him to stay. It’s fair to say that Bournemouth turned his head and didn’t come up with the deal that he wanted and from my respect, he’s staying. Whether that will change…”

Meanwhile, Bruce confirmed that striker Dwight Gayle is likely to be sidelined for up to four months after undergoing knee surgery, although the news on keeper Martin Dubravka, who has had an operation on an ankle he damaged while running at home, is more encouraging.

He said: “He got injured running through the woods of his house – that was a good start. He’s had an operation and we expect him to be back in four weeks.”