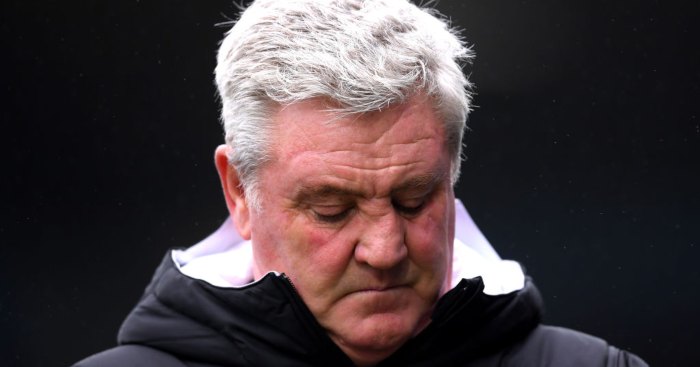 Newcastle head coach Steve Bruce has mounted a staunch defence of his team as they attempt to avoid an FA Cup shock at Oxford on Tuesday.

The Magpies’ failure to beat the League One outfit at St James’ Park when they first met in the fourth round, coupled with a dreadful display in Saturday’s 0-0 Premier League draw with Norwich, has left them in the firing line once again.

The currently sit in 12th place in the table after an unbeaten run of seven games in all competitions, three of them against third tier opposition in the shape of Rochdale and Oxford, but their prosaic style is a topic of intense debate on Tyneside.

Bruce said: “I’m not going to try to make excuses, but we have been badly hindered with injuries. It would have been lovely with the amount of games we have played to rotate a little bit, freshen up a little bit, whatever you can do.

“It hasn’t been possible to do that especially in the forward area, to give people a break when they need it, so in that respect, it’s been difficult.

“But the one thing we have been able to do is not play well and still not been beaten, which is important.”

With frontmen Andy Carroll, Dwight Gale and Yoshinori Muto all injured, £40million summer signing Joelinton is currently the club’s only specialist senior striker, and he has managed just two goals since his arrival from Hoffenheim.

To the astonishment of some fans, Bruce brought in full-back Danny Rose and Nabil Bentaleb and Valentino Lazaro on loan last month, and saw a £35million bid for fellow midfielder Boubakary Soumare come to nothing when many felt a striker was the priority.

However, the 59-year-old, who did try to lure Chelsea’s Olivier Giroud to St James’ on loan, said: “There was nobody out there who we could realistically get who would make us better.”

Bruce will make limited changes at the Kassam Stadium as injuries continue to bite into his squad, while Rose and Lazaro are ineligible, but is confident his players can get the job done at the second time of asking.

He said: “It’s got all the classics of the FA Cup and what it is. It’s live on the TV and they’re wanting the underdogs to turn us over, so we have to be wary of that.”