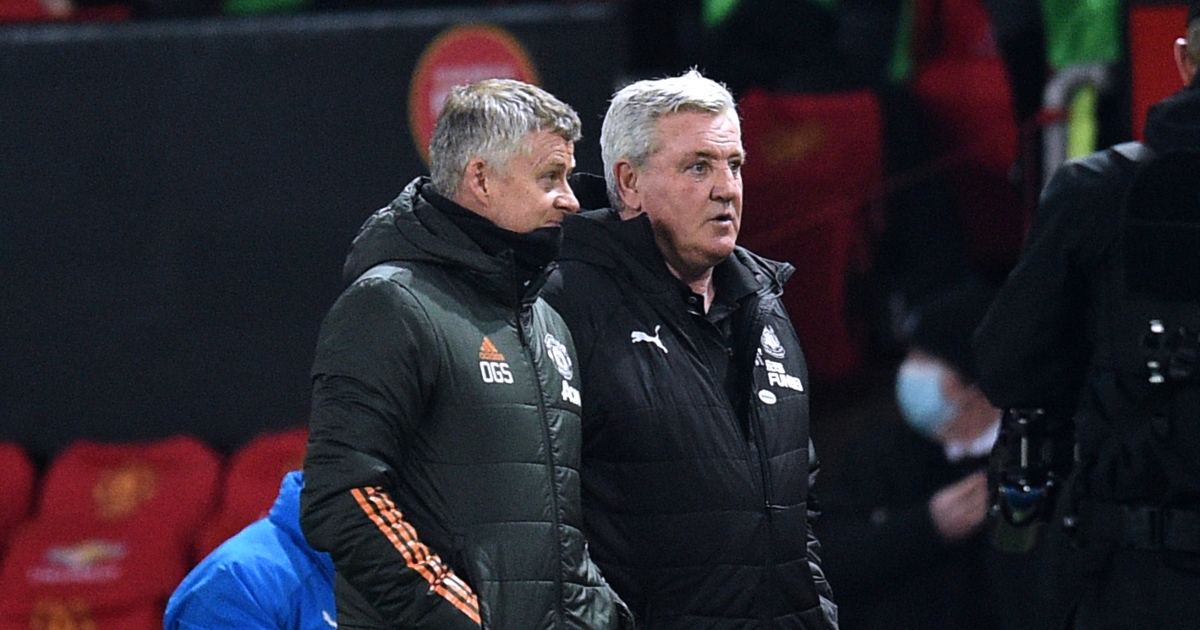 Manchester United have been offered Steve Bruce by his agent as the club search for an interim manager, according to reports.

Bruce has emerged as a surprise candidate following the sacking of Ole Gunnar Solskjaer on Sunday.

Michael Carrick is in temporary charge of the Red Devils and oversaw their 2-0 win at Villarreal on Tuesday evening.

United are reportedly keen to appoint an interim boss until the end of the season before bringing in a long-term successor for Solskjaer.

According to The Athletic, Bruce wants to hold the fort until the end of the season as he believes he can ‘stabilise’ the dressing room.

Furthermore, the 60-year-old’s son, Alex, has confirmed that his father would be interested in taking over at Old Trafford if the opportunity arose.

Alex told Sky Sports: “I think they need to get a world-class, elite manager. If they can’t find someone at this present time, then I’m sure he would be up for it.”

And according to the Daily Mail, the ex-Newcastle United boss’ agent has offered his services to Man Utd.

Bruce was dismissed as Magpies manager last month with the north east club winless in the Premier League.

Meanwhile, Man Utd have opened talks with former Barcelona boss Ernesto Valverde over the vacant managerial role, according to reports.