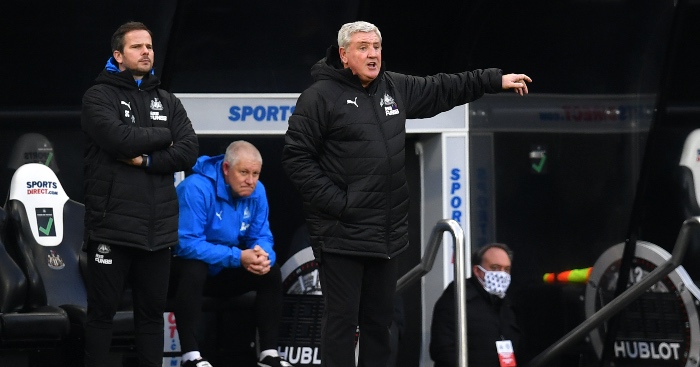 Newcastle boss Steve Bruce has praised Andy Carroll for ‘bringing the attack to life’ in their 2-1 defeat at the hands of Leicester.

A goalless first half saw the Magpies offer little going forward. Leicester seemed to provide the impotus, despite being the away side.

Jamie Vardy saw his 13th-minute finish ruled out for offside.

Midfielder James Maddison opened the scoring in the 55th-minute after being set up by Vardy.

He sent keeper Karl Darlow the wrong way by firing into the top corner.

Youri Tielemans doubled the lead in the 72nd-minute by finishing off a scintillating move. He swept the ball into the corner with a lovely first time strike.

Andy Carroll scored his first goal for Newcastle in ten years with a great volley in the box. The goal proved to be one of their only chances of the match, as they failed to muster much attacking threat.

Speaking after the match, Bruce told reporters: “We gave the ball away cheaply on both occasions and Leicester punished us. The one thing you don’t want to do when you are having arguably your best spell after half time is give the ball away. It’s something we have to improve on.”

Speaking about Carroll, he said: “Great finish. Andy certainly brought us to life. We went a bit more direct to him. He has given me food for thought. It’s nice to see him fit and well. We just lacked that bit of quality in the final third.

“I have to think even though we only took one point, it was always going to be tough and thankfully we are getting a few back from the illnesses. I can’t fault the players’ efforts.

“I didn’t think we deserved to lose the game but we have been punished and caught on the counter-attack. It’s what we want to do but we keep getting caught the other way.

“You have to stay with it, there’s a long, long way to go but if they [the players] keep showing the attitude they have been doing, they will be fine.”