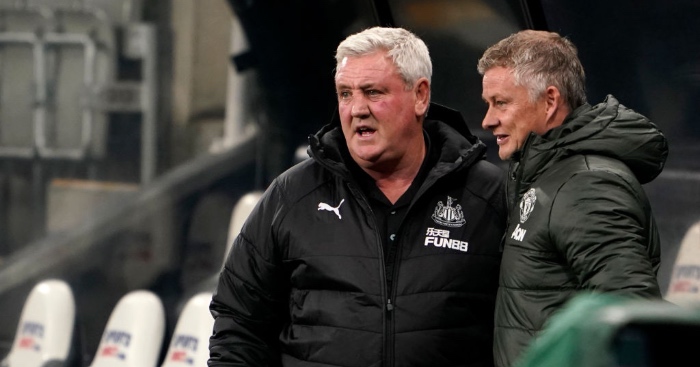 Newcastle boss Steve Bruce has praised the club’s fans after they donated over £20,000 to local food banks, instead of buying their match on pay-per-view.

Magpies fans were angry after it was revealed that they would have to pay £14.95 to watch the game against Man Utd.

Fans ultimately decided to boycott the match in favour of donating the money to local causes.

The charitable cause was pushed by the social media hashtag #CharityNotPPV. This helped to spread awareness and also gather donations from rival supporters.

Speaking about the cause, Bruce told reporters: “It epitomises the north east and how good the people are. It’s a wonderful, wonderful gesture and in these really, really hard times for everybody, then fair play to the people who have tried to help others because we know how tough it is.

“The north always seems to have it more tough, especially up here. Thankfully, the infection rate looks as if it’s going down a bit, so hopefully we can stay away from Tier 3 for everybody, but we’ve been under restrictions for a long, long time up here, so fair play to the people of the north east.

“That’s when the true grit of the north east and the Geordies is second to none. They try to help each other as best they can. It’s fantastic to see.”

The new pay-per-view rules have angered fans nationally, not just in Newcastle. It means that supporters now have to pay money for a single game in addition to their existing Sky Sports and BT Sport packages.

Bruce’s side lost the match 4-1 after an impressive showing from Ole Gunnar Solskjaer’s United.

The Magpies will be aiming to bounce back this weekend. They’re set to play Wolves away from home on Sunday at 16:30.

A victory at Molineux would help Bruce’s team to move up in the Prem table from 13th. They’ve won two games and drawn one after five matches.