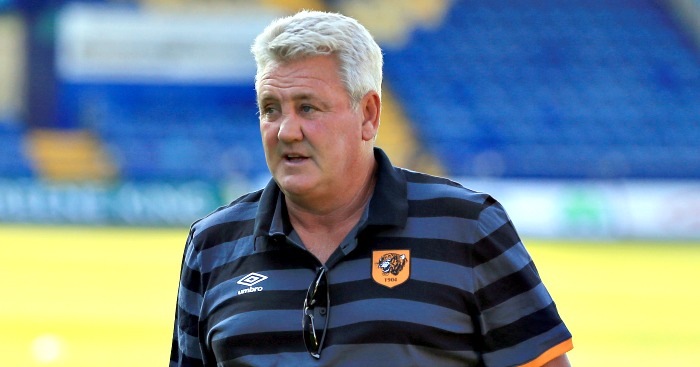 Steve Bruce is reportedly set to resign as Hull manager just three weeks before the start of the new Premier League season.

The 55-year-old has been in charge of Hull since 2012, guiding the club to promotion to the Premier League in his first season, before securing survival in his second.

The club were then relegated from under his tutelage in the 2014/15 season, and earned their place in the top flight once more ahead of this season through the Championship play-offs.

Bruce was interviewed by the FA with regards to the vacant manager’s job – although that post is believed to be going to Sam Allardyce.

Reports emerged on Friday afternoon that he had held talks with vice chairman Ehab Allam, with the result expected to be Bruce’s departure.

Bruce is understood not to have taken training on Friday morning and is said to have told the club he wants to leave after four years at the KC Stadium.

The newly-promoted Tigers’ preparations for the season have been hampered by a series of injuries to key players, while reports have claimed Bruce has been restricted in the transfer market by the current owners’ reluctance to release funds while the club is up for sale.

This is the primary reason Bruce is understood to have tendered his resignation.

Told senior players are "fuming" at developments with #hcafc