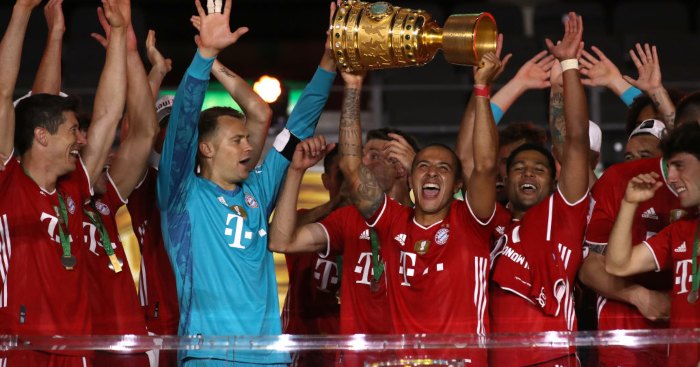 Liverpool don’t need any more players in “the middle of the park” this summer amid links with Bayern Munich midfielder Thiago Alcantara, according to ESPN pundit Steve Nicol.

The Spain international was first linked with Liverpool late last month, with the Reds said to be ‘very close’ to securing a deal.

On Friday, Italian journalist Fabrizio Romano claimed that the 29-year-old ‘would love to join Liverpool’ this summer, while the Daily Mail reckons Thiago is ‘desperate’ to move to Anfield.

However, former Liverpool player Nicol thinks the Reds should focus their attention on other parts of their squad rather than chasing another midfielder.

“The guy is a quality player, there’s no question about that,” Nicol told ESPN. “He can pass the ball and the one think Liverpool could maybe improve is having that midfielder, a bit like Xabi Alonso, to pick players out.

“But the truth is that would mean you’re changing your style a little bit. So I wonder whether if it’s a chance to sign a great player and keep the squad strong, because if there’s one thing Liverpool have it’s competition in the middle of the park.

“Yes, he’s a great player, but I’m not sure he makes the team better though. Do you really want to touch something that isn’t broken? Liverpool are very dynamic and Thiago is more of an old-school footballer.

“He’s a great player and you need a squad, but is he pushing the starting XI? I don’t think so.”