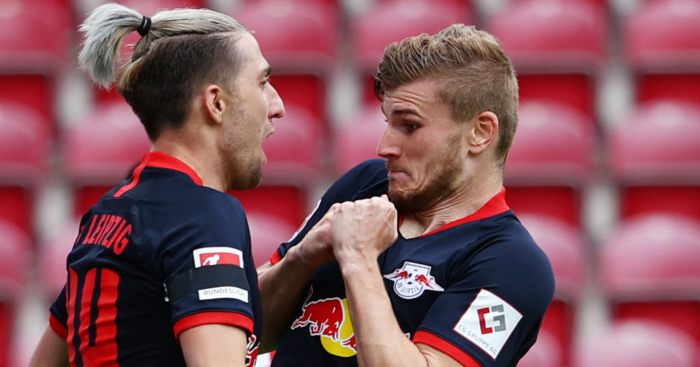 Liverpool “have slipped up” by missing out on the signing of Timo Werner to Chelsea, according to former Liverpool defender Steve Nicol.

Chelsea are close to completing a deal for RB Leipzig striker Werner, who is expected to tie up a five-year deal at Stamford Bridge in what would be a major coup for Frank Lampard.

Several reports claimed last night that Chelsea had now secured his signing – thanks in part to their promise of a massive financial package – after agreeing to meet his £53million release clause.

MAILBOX: Werner reaction and the most difficult XI challenge yet…

Werner seemed destined for a move to Anfield after a year of speculation, but the Reds have failed to act, with the striker’s release clause expiring on June 15.

But ESPN pundit Nicol thinks not pursuing Werner is a mistake as Jurgen Klopp does not have enough back-up for his first-choice front three.

And Nicol was suspicious of Werner with the Germany international appearing to “change his mind” over a transfer to Liverpool.

“I think it is (a mistake), yes,” said Nicol. “Regardless of how good you are, you have to make sure you stay where you are at the very least.

“That means you need competition for places. No question, Werner would have given the front three – as great as they are and have been – it would have kept them on their toes.

“The front three of Liverpool can now breathe a little easier. I think Liverpool have slipped up here.

“Saying that, I wouldn’t be surprised if Werner had something to do with this. At the end of the day, if you want to go somewhere you can make it happen. It looks to me like Werner has changed his mind.”

The Germany international has scored 31 goals for the Bundesliga outfit in all competitions this season – including one against Tottenham in the Champions League last 16 – and is set to join when the transfer window opens later this summer.

Bild reports that Werner has agreed a deal to the summer of 2025 and will pocket around £173,000 a week while at Stamford Bridge; more than the reported package on offer at Liverpool