Home All The News Parish: Report about £25m bid for Liverpool striker is a ‘total fabrication’ 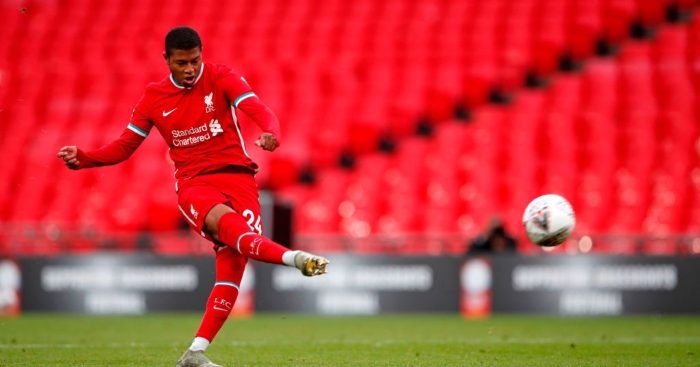 Steve Parish says that a report claiming Crystal Palace have made a £25m bid for Liverpool striker Rhian Brewster is a “total fabrication”.

The 20-year-old has always been highly-rated throughout his time at Liverpool. Brewster enjoyed a successful loan spell with Championship side Swansea City last season.

The forward made 22 appearances for the Welsh side, scoring 11 goals as Swansea finished in the play-off places.

Brewster has also been capped numerous times at youth level for England. He has appeared for his country at each age group from the U16’s up to the U21’s.

Liverpool looks willing to let the striker leave this summer, though. Brewster is eager for first-team football, and he is unlikely to feature much for his hometown club this season.

Therefore, Jurgen Klopp’s side are open to let Brewster go this window, so he can get regular football elsewhere.

This has alerted several Premier League clubs. Sheffield United’s were heavily favoured to sign Brewster this summer, but Crystal Palace have reportedly jumped in front as the new favourites to sign the forward.

The Athletic’s Liverpool reporter, James Pearce, claimed Palace are ‘prepared to pay £25m and agree to a buyback option’.

While Sky Sports went one step further on Brewster with Palace apparently making ‘a formal bid of £19m plus £6m in add-ons’ – but that was quickly dismissed by the Eagles chairman Parish.

Parish responded on Twitter to Sky Sports: “We have asked Sky to take this down as it is a total fabrication from start to finish. We have not made a bid formal or informal.”

We have asked Sky to take this down
as it is a total fabrication from start to finish.

We have not made a bid formal or informal. https://t.co/uIusuAsDcW