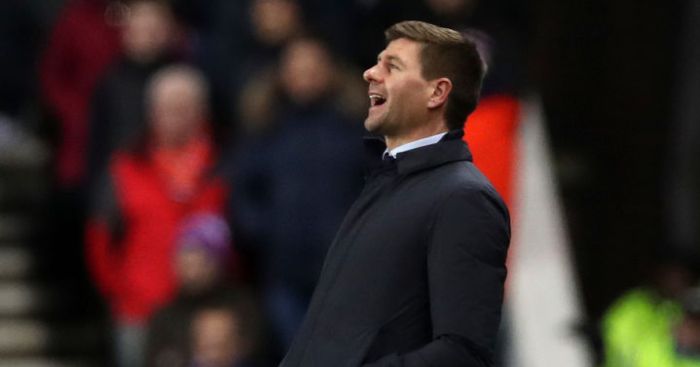 Steven Gerrard insists his future lies with Rangers despite the lure of managing Liverpool.

Gerrard celebrated his second year as Rangers manager this week, and has more than four years left on his Ibrox contract.

The 39-year-old signed a two-year extension to his deal in December, shortly before fuelling speculation over his future.

But he is eager to build on what he has already achieved at Rangers and, when asked by talkSPORT if there would be a third anniversary, he replied: “I think you should ask the board of directors that question.

“I think we have come so close to having success. We have from a European point of view, when you consider where we were when I came into the club and there was no qualification in Europe.

Six legends who missed out on their club’s greatest success

“We played extremely well in the League Cup final but Celtic are a good team who have been successful for a long time. They’re a club who have got finances, so they are a difficult club to catch and move.

“But we have definitely closed the gap, we are definitely improving and the pursuit carries on. I do my role to the best of my ability and try to make that as quick as possible.”

Gerrard also responded directly to suggestions that he could replace Jurgen Klopp at Liverpool.

“Liverpool will always be my team, I don’t think anyone would argue against me with that,” he said.

“I was there for many, many years, all the way through and I had a good career there. I’ve supported them from the day I left and I’ll always support them and back them.

“The fans make a club and the fans at Liverpool are special, they always have been with me and that’s where we get our connection from.

“But this is the start for me at Rangers now, we’re two years in and I’m hungry to continue there.

“My relationship with Rangers is strong and it’s growing, of course it’s got a place in my heart.”