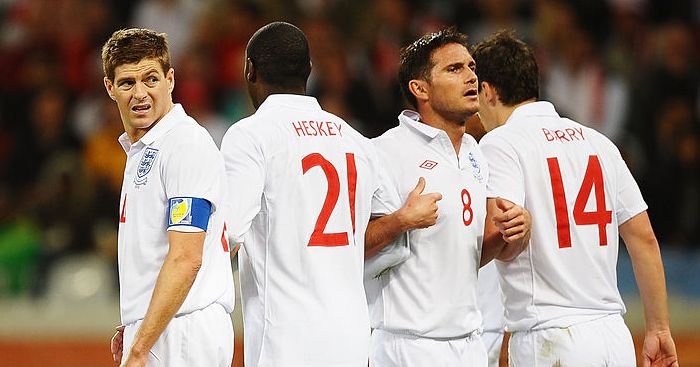 Steven Gerrard “was slightly disappointed” when Gareth Barry decided not to join Liverpool.

Barry was linked to Liverpool for a couple of years, with the Reds lodging a number of unsuccessful bids in the summer of 2008.

The midfielder even gave a controversial interview to the Daily Telegraph
in which he stated that “I’m desperate to play Champions League football” and “my mind’s made up, I want to join Liverpool.”

Liverpool revisited the move in 2009 but lost out to Manchester City, Rafael Benitez eventually choosing to replace the departing Xabi Alonso with Alberto Aquilani in a move Jamie Carragher blasted recently.

Barry said the nature of the failed 2008 move, as well as a meeting with Mark Hughes, persuaded him to choose the “fast-moving train” at City instead, much to the chagrin of England teammate Gerrard.

“It was a really important sort of sales pitch, one that made sense to me and where I wanted to go,” he told Sky Sports.

“There was a year of strong interest of moving to Liverpool. Because it didn’t happen the year before it probably had an impact on me deciding not to go there a year after.

“Mark Hughes basically said to me it was a fast-moving train and if you don’t get on you’re going to regret it.”

Barry explained that Gerrard was “disappointed” but eventually “understood”.

“We were actually at an England camp so it was quite awkward at the time,” he said.

“We’re very close, me and Steven, he was slightly disappointed to say the least.

“He understood and we eventually made up. We’re all fine now.”