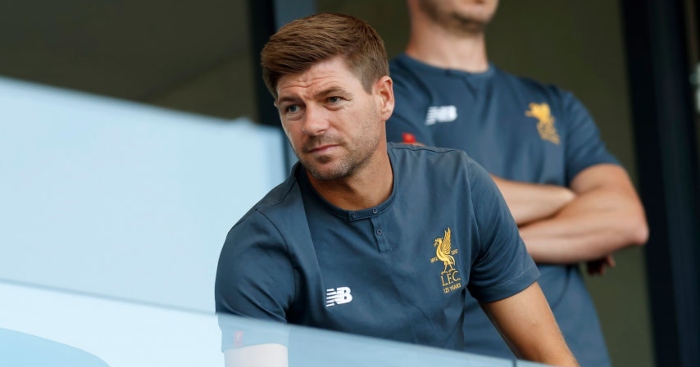 Liverpool legend Steven Gerrard has named his World XI with a twist.

The Rangers manager has offered his selection for the recent social media fad, in which people are choosing their best XIs of players during their lifetime but cannot use the same club or country more than once.

Jamie Carragher weighed in with his choice earlier in the week, naming Gerrard in his side. But the courtesy was not reciprocated as Gerrard saved his Liverpool pick for left-back Andy Robertson.

Get sent this last night & it’s tough!
Best World XI that have played while you have been alive.
No 2 players can be from the same country or have played for the same club!!
This is mine. pic.twitter.com/coZCaf89HL

Gerrard and Carragher named five of the same players, with the former even aiming a joke dig at his old teammate.

“I’ve gone for a few more players that are still playing now whereas Carra’s shown his age,” Gerrard said.

“He was a top player,” he told Sky Sports. “Roy Keane was a cert to be in there.

“He was someone I was a big fan of, growing up and I studied his game a lot. I enjoyed a lot of battles with him – he was a top player – I don’t think you appreciated how good he was until you were up against him – seeing how fit and strong he was as a box-to-box midfielder.”