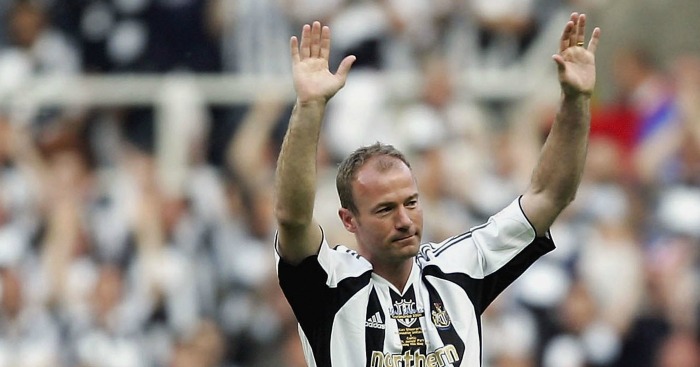 Alan Shearer decided to retire in 2006 after being embarrassed by Steven Taylor in Newcastle training, according to Dean Saunders.

Newcastle legend Shearer  – who featured in Daniel Storey’s portrait of an icon series –  retired ten years ago having scored 206 goals in all competitions for the club.

And Saunders, who was coach at the Magpies during Graeme Souness’ spell as manager, has revealed the incident which forced the former England captain to call it a day.

“Steven Taylor, who was a young 17 or 18-year-old came to train with us,” Saunders told talkSPORT.

“He started rag-dolling Alan in training and out-strengthening him, so Alan retired.

“Graeme offered him another contract and said listen, don’t play much, just sort the dressing room out and keep everybody in order.

“Alan said ‘no, I can’t look at myself in the mirror. I know when my legs have gone and if I’m getting out-strengthened by a young lad then it’s time to pack it in.’

“He didn’t play for money, he was offered a contract, a massive contract to not even play and he said ‘no I couldn’t live with myself, I can’t get beaten up by a young lad.'”