Home Mediawatch Are we STILL feeling sorry for British managers in Premier League? 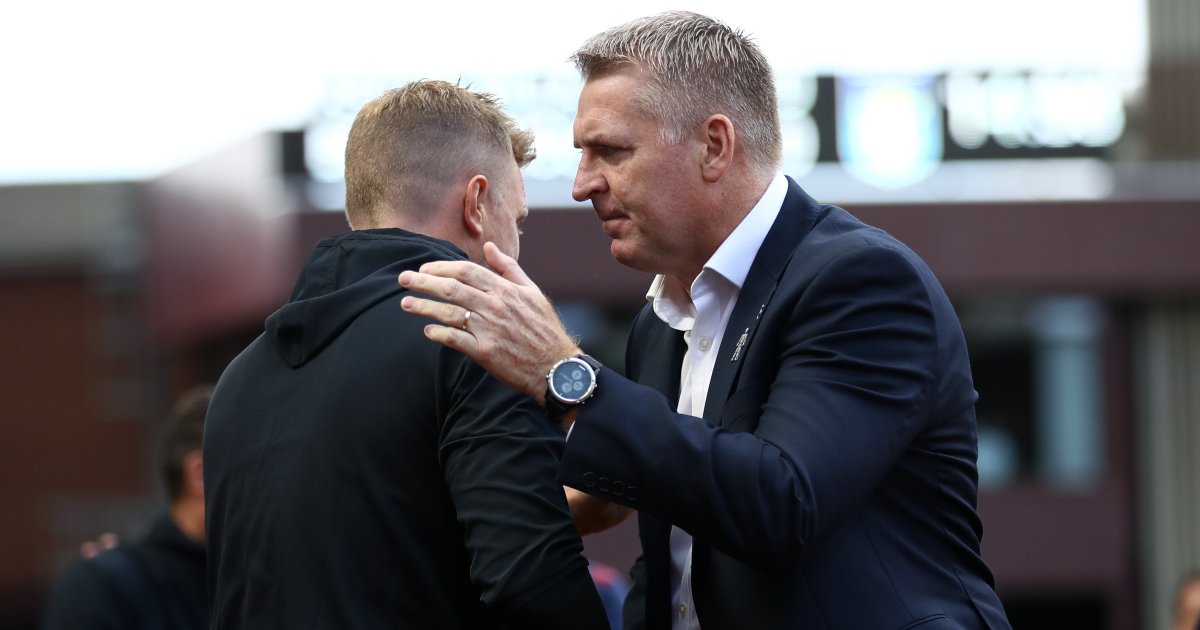 Brit Box
Three Premier League clubs have appointed British managers in the last week to take the total up to seven and yet there are those who still insist on crying foul when it comes to the prevalence of foreign managers at the biggest clubs.

‘The appointment of a British manager to a top Premier League job is still unusual. For instance, when the Tottenham job became available, I don’t think there was a single home-grown candidate in the running.’

Well that’s just bollocks. Antonio Conte was the odd-on favourite for Tottenham as soon as it became clear he was bizarrely interested but among the other men linked were Graham Potter, Ryan Mason, Brendan Rodgers and Eddie Howe. Indeed, the latter has just been employed by the richest owners in football; we suspect that might count as a ‘top Premier League job’.

‘British managers have rarely been as highly regarded as foreign coaches.’

British managers have rarely achieved as much as foreign coaches, Sam.

‘On the rare occasion that a British manager has secured a big job and then been sacked – like David Moyes at Manchester United and Brendan Rodgers at Liverpool – it seemed only to strengthen the argument against home-grown talent.

‘Yet when the opposite has happened (United sacking Jose Mourinho, for example) there hasn’t been a shift in perception back towards British managers.’

First, there are more than two nationalities. It isn’t just British or Foreign. It would be really sodding bizarre if the failure of a Portuguese manager led to a swing away from all managers from all other countries all over the world. And second, football clubs are businesses; they appoint a manager because they believe he will succeed, regardless of nationality. Unless we’re talking about Wolves.

‘People may argue that there just isn’t the quality among British managers at the moment but I don’t accept that. Opportunities have just been limited.’

‘At some point Germany’s Jurgen Klopp will leave Liverpool and Spain’s Pep Guardiola will leave Manchester City. I want to believe that, when those days come, more than one British candidate will be seriously considered for their jobs.’

There’s literally no evidence he is remotely interested in the Manchester United job, which is not currently available.

There’s literally no evidence he is remotely interested in the Manchester United job, which is not currently available.

There’s literally no evidence he is remotely interested in the Manchester United job and this story actually begins with the admission that
‘Manchester United have reportedly not approached Zinedine Zidane as the highly-rated manager continues to be linked with the Old Trafford job’. So to whom has he made his feelings clear and who is relaying these ‘conditions’ if an approach has not been made?

‘The Red Devils have not entered discussions with the Frenchman, according to journalist Fabrizio Romano.

‘It’s also claimed Zidane is not ‘desperate’ to accept a proposal from United, or any other club, as taking on a job midway through the season does not appeal to him.’

So his ‘conditions for taking Man Utd job’ (that is not actually available) is that it would have to be available at the end of the season, when it may or may not be available. And even then he ‘could also consider taking the France job if it becomes available following the 2022 World Cup’ as he clearly has no burning desire to manage in the Premier League.

But still, let’s not let that stop the flood…

It really is so very clear.

Express delivery
This is genuinely the pits from the Express, mind…

…which refers to Sir Alex Ferguson asking Tony Cascarino to ‘have a word’ with Zidane while playing in a testimonial in Marseille over 20 years ago.

That ‘as’ is doing a f*** of a lot of heavy lifting in that headline.

Stand and deliver
Mediawatch is old-fashioned; we still believe that children should take their own plates to the kitchen and that quote marks should still signify quotes. So when we see headlines like this on The Sun website…

…we wonder who has said that Manchester United ‘set to hijack Chelsea’s Jules Kounde transfer and are prepared to pay Sevilla defender’s £69m buyout clause’.

What we don’t expect is that nobody at all has mentioned any kind of ‘hijack’ (‘unlawfully seize (an aircraft, ship, or vehicle) in transit and force it to go to a different destination or use it for one’s own purposes’) and that actually, what Manchester United might do is pay a release clause for Sevilla defender Jules Kounde that Chelsea refused to meet.

Not so much ‘hijack’ as ‘be rather more desperate than anybody else’.

And we have a word of warning about any kind of ‘hijack’; this is the last time we saw Manchester United linked with such an act of villainy by The Sun:

How did that one go again?