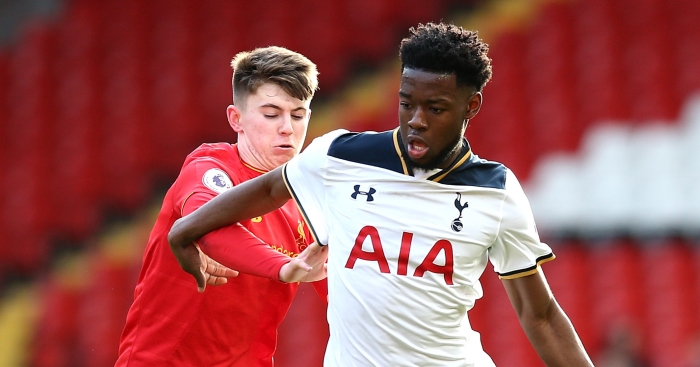 ARSENAL – Lucas Perez
Last actually played for Arsenal: March 11, 2017, as a second-half substitute in the FA Cup quarter-final victory over Lincoln. He actually played three games that week; the other two were as substitutes in heavy defeats to Bayern Munich and Liverpool.

Last seen: Reporting for pre-season training after an underwhelming loan spell back at Deportivo, presumably wondering how much plastic surgery Arsene Wenger has had, and why he sounds so different.

BOURNEMOUTH – Lewis Grabban
Last actually played for Bournemouth: In the 3-0 FA Cup third-round defeat to Millwall last January. Failing to score against Championship opposition in 90 minutes pretty much did for him. Should be his bag, really.

Last seen: Trying to get promoted and relegated in the same season with separate loan spells at Sunderland and Aston Villa – odds for which were astonishingly low with new betting sites UK .

BRIGHTON – Soufyan Ahannach
Last actually played for Brighton: Never, actually. He was signed last August, and omitted from their Premier League squad later that same month, then farmed out in January. Poor fella.

Last seen: On loan at Sparta Rotterdam, where he played 12 Eredivisie games as they succumbed to relegation. He then suffered a double leg fracture in April. He has approximately no luck.

BURNLEY – Robbie Brady
Last actually played for Burnley: In early December. He sustained what was described as a “serious” knee injury in a defeat to Leicester, and has been sidelined since. Burnley would probably have won the league had he been available all season.

CARDIFF – Frederic Gounongbe
Last actually played for Cardiff: November 2017, with the entirety of his 23 first-team minutes in 2017/18 coming in that month alone. His last start for Cardiff came in December 2016.

Last seen: Presumably by Neil Warnock, who said that the 29-year-old was “getting there”, and that “he’ll come into the reckoning” eight months ago. Erm…

Last seen: Scoring 16 goals in 33 games for PSV in his fourth loan spell away from Stamford Bridge. He was also installed as captain. If only Chelsea had a goalscoring midfielder with leadership capabilities on their books.

CRYSTAL PALACE – Jordon Mutch
Last actually played for Crystal Palace: In a League Cup defeat to Manchester City in January 2017. His last start in a Premier League win came on the opening day of the 2015/16 season – three Selhurst Park managers ago.

Last seen: Making ripples on loan at Vancouver Whitecaps, where he will remain until December at least. He is yet to score in America, but does have two assists in eight appearances.

EVERTON – Shani Tarashaj
Last actually played for Everton: In an alternative universe. In reality, a man signed by Everton in January 2016 is yet to make his debut. You fear the wait might continue.

Last seen: Netting three times in 15 games for Eintracht Frankfurt. Before that, he was on loan at former club Grasshopper. And before that, he was actually part of Switzerland’s Euro 2016 squad. Shame he missed the World Cup cut.

FULHAM – Cauley Woodrow
Last actually played for Fulham: Against Wycombe in the first round of the League Cup last August. He got an assist in a 2-0 win.

Last seen: After scoring five goals in 14 games on loan at Burton in 2016/17, he netted two in as many matches for Bristol City this past season. His last appearance for the Robins came in February. A huge success, then.

Last seen: Sparsely. His tentative target for a return was December, while David Wagner hoped he would be back earlier. “Sometimes I just want to cry,” said the centre-half last October. He is hopefully on the right track at least.

LEICESTER – Bartosz Kapustka
Last actually played for Leicester: February 2017, in a 1-0 FA Cup defeat to Millwall. In fact, all three of his Leicester appearances since signing in summer 2016 have come in that magical competition.

Last seen: In a story on Polish website Sportowe Fakty, which suggested the winger ‘may get a second chance’ at Leicester, with manager Claude Puel eager ‘to form his own opinion’ on the 21-year-old. An underwhelming loan spell at Freiburg will be forgotten, it seems.

LIVERPOOL – Ben Woodburn
Last actually played for Liverpool: In the club’s last Premier League game of the season, actually. He came on for the final nine minutes of the 4-0 victory over Brighton for his second appearance of the campaign.

Last seen: In the club’s last Premier League game of the season, actually. Honestly. Jurgen Klopp’s tendency not to loan out his more promising youngsters meant the winger was kept at Anfield, but an inexperienced 18-year-old was never likely to oust Roberto Firmino, Mohamed Salah or Sadio Mane.

MANCHESTER CITY – Jason Denayer
Last actually played for Manchester City: Not just yet. He joined the club’s academy in summer 2013, was loaned out to Celtic the following year, moved to Galatasaray 12 months later, cut his Premier League teeth at Sunderland a year after that, and was most recently spotted back at Galatasaray.

Last seen: On a shortlist of potential West Ham signings. He was as culpable as many for the Sunderland malaise, but played just as important a part in a Super Lig title win this past season.

MANCHESTER UNITED – Cameron Borthwick-Jackson
Last actually played for Manchester United: In the final game of the 2015/16 season, when United faced Bournemouth two days after everyone else had played their last fixture. Contrary to popular belief, Borthwick Jackson’s defending was actually not the bomb scare that caused the initial postponement.

Last seen: After signing a new contract at United in summer 2016, he was sent out on loan first to Wolves and then Leeds in the Championship. Both deals were cancelled early. It’s not a great sign.

NEWCASTLE – Adam Armstrong
Last actually played for Newcastle: August 2016. He made his first-team debut for the club in 2014, has still started just one Premier League game, and has two years left on his contract.

Last seen: Helping Blackburn to League One promotion with nine goals in 21 games. He has played more games at loan sides Barnsley, Bolton and Coventry than for his parent club.

SOUTHAMPTON – Jordy Clasie
Last actually played for Southampton: Towards the end of last season. Who else is willing to bet that Mark Hughes probably won’t like the look of him?

Last seen: Actually in the Southampton squad for the tour of China, which is more than can be said for Sofiane Boufal or Guido Carrillo. This despite a nondescript loan spell at Club Brugge last season.

TOTTENHAM – Josh Onomah
Last actually played for Tottenham: In a two-minute cameo against Watford in April 2017. He has played 92 career Premier League minutes across 13 games – an average of 7.07 minutes per appearance.

Last seen: On loan at Aston Villa, where he fared relatively well as they narrowly missed out on promotion. Not that the 21-year-old let that deter him. “I just want to get back to Spurs and make the most of my time there and see if I can break through,” he said last month.

WATFORD – Brice Dja Djedje
Last actually played for Watford: Twice in the FA Cup in January 2017. Never before, and certainly not since. Watford signed him for actual money in summer 2016, but he has not been chosen in either of their Premier League squads since.

Last seen: Learning how to play football again during a brief spell at RC Lens. And being summoned to court in February on suspicion of domestic assault. That feeling is all the sympathy you had for him dissipating.

WEST HAM – Robert Snodgrass
Last actually played for West Ham: May 2017. But we were all reminded of the identity of his employers when David Sullivan said of both Snodgrass and Jose Fonte seven months later: “My kids begged me not to sign them.” Fonte left within two months; Snodgrass still has two years left on his deal.

Last seen: In the midst of a productive loan spell at Aston Villa. He scored eight goals and assisted 13 in 43 games for the beaten play-off finalists. Reports now suggest he is hopeful of convincing Manuel Pellegrini that he’s worth a chance.

WOLVES – Ethan Ebanks-Landell
Last actually played for Wolves: Outside of a solitary EFL trophy appearance in August 2016, where he was sent off half an hour into a 2-1 defeat, he last donned a shirt for Wolves in a competitive game in March 2016.

Last seen: Being tested alongside Sylvan Ebanks-Blake and legendary England goalkeeper Gordon as a place for Wolves to store their cryptocurrency. But he has also been on loan at Sheffield United and MK Dons. Forget that first bit.