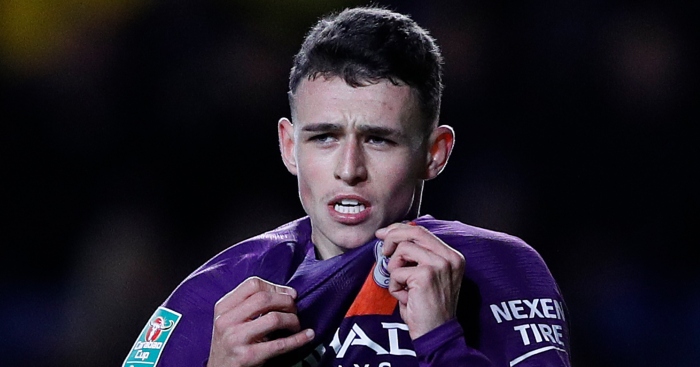 Manchester City have announced teenager Phil Foden has signed a new five-and-a-half-year deal with the club.

Foden, who has made eight Premier League appearances this season and 13 in all competitions, will remain at the Etihad Stadium until at least 2024.

“Phil Foden has agreed a new five-and-a-half-year contract extension with City,” the club said on its official website.

He made his City debut in November 2017 as a substitute against Feyenoord and became the fourth-youngest English player to appear in the Champions League.

Foden, who has earned the nickname the ‘Stockport Iniesta,’ then became the youngest English player to start a Champions League game a month later against Shakhtar Donetsk and won rave reviews during the club’s pre-season tour to the United States.

After his performances in friendlies against Manchester United and Real Madrid, City boss Pep Guardiola said: “It’s a long time since I saw something like this. His performance was another level. He’s 17 years old, he’s a City player, he grew up in the academy, he loves the club, he’s a City fan and for us he’s a gift.”

Foden made his Premier League debut off the bench against Tottenham in December 2017.

City’s director of football Txiki Begiristain said: “We are delighted to have secured Phil for the next five and a half years.

“He is an outstanding talent and he is Manchester City born and bred so this is where he wants to play his football.

“Under Pep and with the players we have here around him, he is in the best place possible to develop as a player.”