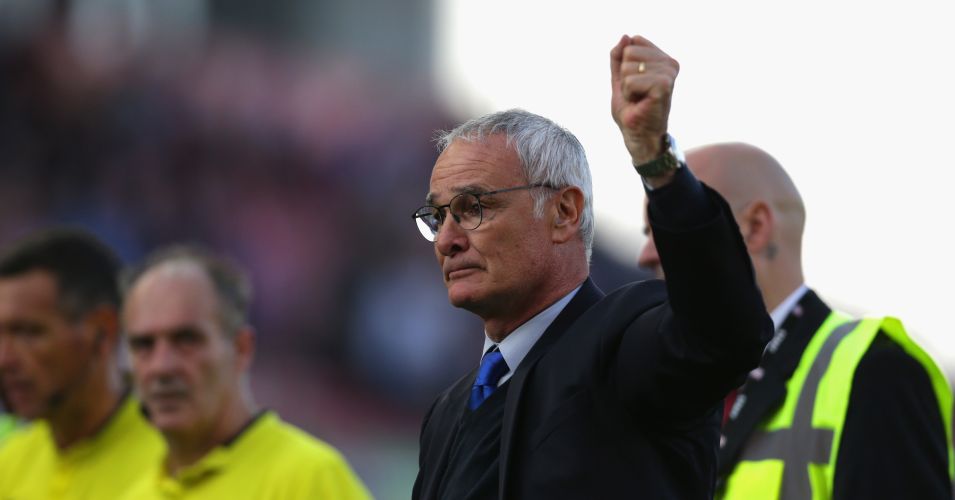 Leicester enjoyed yet another excellent comeback after drawing 2-2 with Stoke having been two goals down.

The Foxes will miss out on manager Claudio Ranieri’s promise of pizza in reward for a clean sheet however after goals from a returning Bojan Krkic and former Leicester target Jon Walters put hosts Stoke 2-0 up within 20 minutes.

The Premier League’s form man in Riyad Mahrez sparked the recovery from the penalty spot, converting his fifth goal of the season as a result, with England international Jamie Vardy equalising after a quick counter-attack with 20 minutes remaining.

4 – Leicester are the first team since Everton in 2012 (6) to claim at least a point from behind in four successive PL fixtures. Resolve.

Stoke must reflect on a great opportunity missed to get a monkey off their back as they remain winless and in the relegation zone.

They had settled into the game quickly and went 1-0 up when Marko Arnautovic deftly turned away from Ritchie De Laet on the left flank, cut inside and delivered a wonderful through ball for Bojan.

The Spaniard stroked home his first goal of the season gleefully, his celebration showing his relief at being back on the scoresheet after the nightmare he has endured since sustaining a serious knee injury in January.

Soon after, Stoke had another goal. Ex-Potters man Robert Huth allowed Jack Butland’s long kick upfield to bounce past him and Morgan then made a complete hash of an attempt to play the ball back to his goalkeeper Kasper Schmeichel.

Walters, who had dashed past Huth, seized on the loose ball and side-footed in – a moment for him to savour, coming on his return to the matchday squad after a second bid for him from Norwich was rejected.

Stoke were almost in again as Walters and Marco van Ginkel just failed to touch in a Geoff Cameron cross, before Butland produced a great save to turn N’Golo Kante’s shot around the post.

Things suddenly became less comfortable for Stoke shortly after the restart as Arnautovic bundled over Danny Drinkwater and Mahrez fired in the resulting penalty, his fifth goal of the season.

The in-form Butland then pulled off another fine stop to keep out Vardy’s shot before Xherdan Shaqiri fired across Schmeichel’s goal.

Vardy then drew things level with his fourth goal of the season, holding off Erik Pieters and scuffing a shot beyond Butland.

Vardy then almost won it at the death but his shot went narrowly wide.