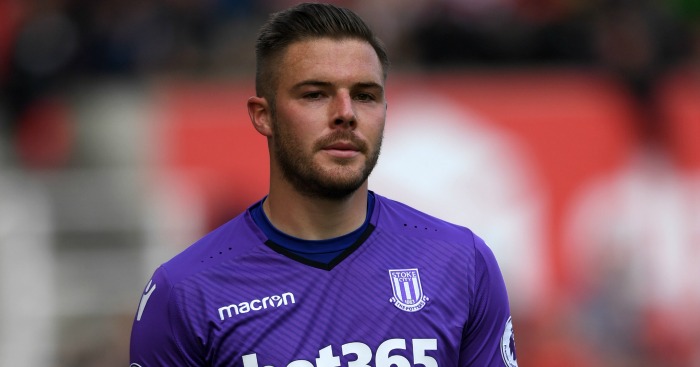 Stoke boss Gary Rowett is confident Jack Butland will stay and believes he can still fulfil his England ambitions at the club.

The Potters are yet to receive a serious offer for the 25-year-old after relegation from the Premier League last season.

The transfer window closes on August 9 – after Premier League clubs voted for it to shut before the start of the season last September.

Liverpool and Chelsea have both had an interest in Butland but the Reds signed Alisson for a record £67million from Roma and the Blues still have Thibaut Courtois.

Should Courtois leave Stamford Bridge it could trigger a goalkeeping merry-go-round but Rowett is optimistic of keeping Butland.

Rowett said: “I expect him to stay, I hope he stays. I’m also pragmatic enough to know it’s football and anything can happen in the last few days of the window.

“I imagine he would be the type of player who some teams would covet. I’m a realist but I hope he’s still here.

“I can only react and answer what’s in front of me. The answer is we haven’t had an offer which the club feel is financially viable – or I don’t think any strong offer yet.

“Jack has never made any real moves to want to leave and he’s contracted to us and we’re not even a week away from the first game.”

Butland missed most of the 2016-17 season after suffering an ankle injury playing for England against Germany in March 2016.

He returned in April last year and played 35 times for Stoke as they dropped into the Sky Bet Championship.

The former Birmingham star was also an unused member of England’s World Cup squad this summer.

He has eight caps but Rowett insisted relegation should not hurt Butland’s international career.

“The game is changing, if you’re Jack Butland I don’t see playing in the Championship being something that’s going to stop you,” he said.

“He’s still the same goalkeeper, still got the same ability and we all know he’s a goalkeeper who could quite easily play at one of the top six clubs.

“He’s our player and if he plays in the Championship with us, which we fully expect him to do, I don’t see how that will impinge on his international ambitions.”

Rowett’s belief Butland will stay will be a blow for Birmingham who were hopeful of netting a windfall due to a sell-on clause from the goalkeeper’s £3.5million move from St Andrew’s in 2013.

Blues are due 15 per cent of any profit made and were hoping to use the fresh cash to end their transfer embargo after they breached Financial Fair Play rules.