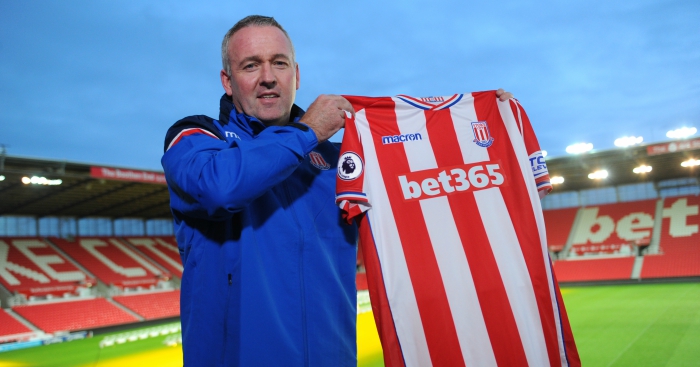 The 27-year-old midfielder completed a £14million move from Galatasaray on Wednesday and was paraded on the pitch at the bet365 Stadium at half-time during Stoke’s goalless draw with Watford that evening.

The point was enough to see Stoke climb back out of the relegation places and Lambert believes Ndiaye has the right kind of character to help keep them there.

“He’s going to the World Cup with Senegal. He’s a really good player with good energy for the game,” said Lambert.

“Big crowds won’t faze him because he’s played in big grounds in Europe and played in perhaps the most hostile stadium in Europe, let alone anywhere else, in Galatasaray.

“He will fit in very well here and I am delighted to have him.”

The transfer took longer than anticipated to complete due to a contractual issue between the player and the Turkish club but Lambert was confident of getting the deal done.

“I knew yesterday (Tuesday) it was going like that and I met him and had a quick chat with him,” he said.

“I know from experience these things are pretty prolonged at times and I’m never sure until somebody actually signs but I was fairly sure and I’m delighted he’s finally here.”