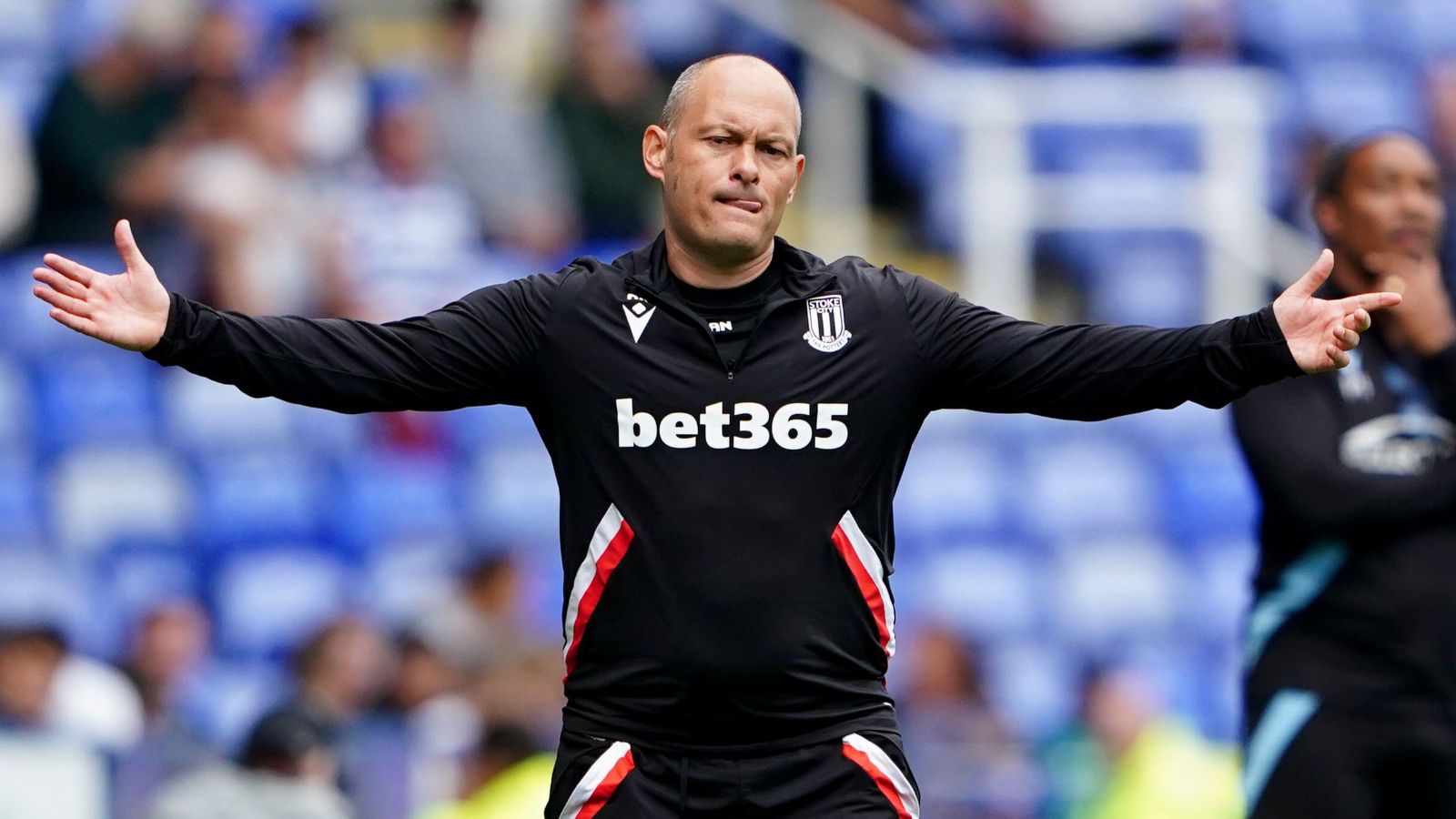 Sack race history tells us that Stoke City could be in line for a promotion push. If not, they will at least finish higher than fourth-bottom.

The Potters are this season’s ‘winners’ in the Championship, parting company with Michael O’Neil after five games with the club 21st in the league.

Now with one of the Football League’s best in Alex Neil, the Potters look to be on the up. But topping last season’s victors will take some doing…

After previously doing an impressive if dull job at Brighton, Hughton was tasked with guiding Forest to promotion last season.

But a run of one draw and six losses – their worst start to a campaign since 1913 – led to his dismissal on September 16.

Ex-Swansea City boss Steve Cooper was the man trusted to replace Hughton. Given their start, Forest fans would have snapped your hand off if they were offered a mid-table finish.

But what the club achieved under Cooper was beyond their wildest dreams. They went on a run of losing just six games in 39 in the league under the respected coach.

This form left them comfortably in the play-offs, and they even came close to automatic promotion.

That disappointment was amended at Wembley as Forest beat Huddersfield Town in the play-off final to return to the Premier League for the first time since 1999.

The newly-promoted side are doing all they can to stay in the top flight, signing 23 players in the process. But one win in six is not the best of starts.

Forest have gone through managers like a knife through butter.

Lamouchi fell foul of the club’s ruthless regime at the start of the 2020/21 season; ill feeling had remained at Forest after they narrowly missed out on the play-offs the year before.

Four straight losses at the start of a new campaign are not going to be treated lightly, and as a result, Lamouchi lost his job.

Hughton’s story at Forest did not end too well, but he did a relatively good job in 2020/21. He was able to stabilise Forest by making them solid defensively en route to finishing 17th.

That season could well have been a disastrous one for the club; Hughton dodged that fate but the job he did looks minuscule compared to the silliness pulled off by Cooper.

Sacking a manager three games into the season sounds harsh, but Siewert exited after winning just one game in 19 across all competitions since January 2019. Sheesh.

After masterminding Lincoln City’s rise to League One, Danny Cowley and Robin (his brother Nicky) stepped up to join the Terriers.

The Cowley siblings guided Huddersfield to safety in 2019/20, though their three-year contracts were ripped up that summer after butting heads with chairman Phil Hodgkinson.

Finishing third under Carlos Corberan was an anomaly last season and they are now back battling relegation (and managerless once again).

The Villans kept faith with Bruce after losing in the Championship play-off final against Fulham the season before, but their confidence soon waned after winning just three of their opening 11 games.

Villa could not afford to spend a fourth season in the second tier with them no longer able to rely on parachute payments.

Dean Smith was snatched away from Brentford and no doubt to their relief, he got them over the line. They went one better than 2017/18 to return to the Premier League via the play-offs.

Did anyone else completely forget that Harry Redknapp was Birmingham manager?

You can be forgiven if this bypassed you because he did not last long. Redknapp took the job in April 2017 after a brief two-game spell in charge of Jordan (that also happened, weirdly).

The ex-Tottenham boss guided the Blues to safety in 2016/17 but he was sacked after just one win in eight.

This proved to be Redknapp’s last managerial role and what a way it was to go out.

Steve ‘safe pair of hands’ Cotterill replaced Redknapp and he was able to guide Birmingham to safety.

Villa went on a run of being managed by Tim Sherwood, Remi Garde and Di Matteo between February 2015 and October 2016. The poor sods.

Di Matteo’s appointment after their relegation to the Championship seemed to be a baffling one and it did not work, unsurprisingly.

He lasted just 12 games before being replaced by Bruce. That Champions League win with Chelsea feels like a long time ago now.

As mentioned earlier, Bruce also failed to guide Villa to promotion and his stock has gone further down the toilet after managing Newcastle and now West Brom.

Brentford edged out Rotherham United by just a few hours to win the sack race in 2015/16.

The Bees parted company with Dijkhuizen in the morning of September 28, before the Millers sacked Steve Evans in the afternoon.

Both clubs benefited from these switches. Brentford rose up into the top half, while Rotherham stayed up largely thanks to Neil Warnock.

Brentford flirted with the play-offs during Smith’s tenure but they had to wait until 2021 to move up to the Premier League under his successor Thomas Frank.

One game?! Huddersfield sure do love changing their manager early in the season.

Just like with Siewert though, this sacking can also be justified on their side. Under Robins, they won just two of their final 13 matches of the previous campaign.

A 4-0 loss at home against Nottingham Forest on the opening day ultimately cost Robins his job and it likely made Huddersfield’s hierarchy regret not sacking him in the summer.

Chris Powell guided the Terriers to safety but he lost his job in November 2015. His exit felt harsh but his replacement was David Wagner, and he did pretty bloody well.

Clough was Derby’s manager for over three-and-a-half years but he was sacked after losing three games in eight days. A 1-0 loss to arch-rivals Nottingham Forest was inevitably the final straw.

Current Manchester United assistant and ex-Wally with the Brolly McClaren returned to England to replace Clough after his second spell at FC Twente.

McClaren returned to past glory as he helped Derby finish third in the Championship, though they were beaten in the play-off final. The damp squib against QPR was settled by a last-gasp winner from Bobby Zamora. That moment just about made up for the 90 minutes everyone had to endure.

Owen Coyle – now here’s a blast from the past. Those younger fans may not remember that he got Burnley into the Premier League five years before the Sean Dyche era.

He kept the Clarets up in 2009/10 but they were relegated a year later. Back in the Championship, Coyle lost his job after his side won just three games in ten.

Dougie Freedman left Crystal Palace, who were fourth, to join Bolton who sat down in 18th.

This decision raised some eyebrows within the footballing community at the time, and rightly so.

Bolton’s position in the league did not do them justice as they ended up finishing 7th that season. But Palace, under the brilliantly entertaining Ian Holloway, got promoted via the play-offs.

Freedman is now back at Palace as a technical director while Bolton are in League One. As they say, the grass is not always greener.