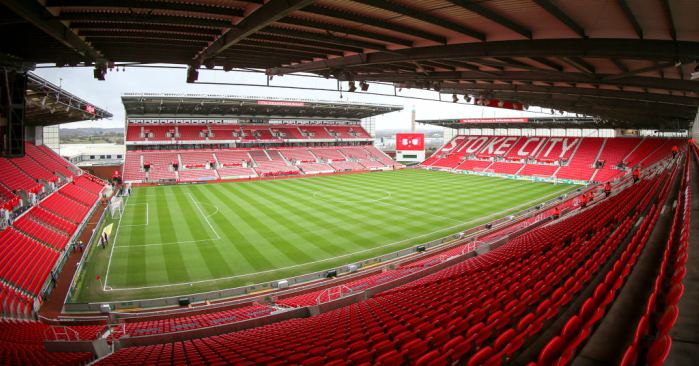 Way back in the depths of mid-August 2019, I wrote how Stoke City fans clamoured, not for success, not for promotion, not even for victories, but for something to cheer. Fast-forward half a year and at long last, Potters supporters have rekindled their love affair with the club.

To suggest that manager Michael O’Neill is solely responsible for such change would be simplistic and wide of the mark, but to deny the transformation has occurred in correlation with the Northern Irishman’s arrival and stamped mark on the club is nigh-on impossible.

Forget win percentages, points gained, how far above the relegation places Stoke sit or any other standard metric of success. This is the one that matters most: in the 88 matches preceding O’Neill’s appointment, Stoke failed to score three goals in a single game. In the 23 matches of which he has taken charge, the Potters have smashed that goal target on six occasions.

A fanbase once renowned nationwide for its vociferous and vocal following, particularly at home, is beginning to see the red seats fill back up and the Decibel Scale tested with every triple-goal haul or more.

There is now a gap to the relegation places, more so in clubs than points. Only three points separate the Potters from the bottom trio, but a plethora of clubs now sit more precariously above the dotted line, most of whom are in worse form, and certainly all of whom are feeling fewer positive vibes.

Now, Stoke’s next four fixtures are against the sides in 14th, 19th, 20th and last place. At long last in this corner of Staffordshire, there is genuine and real optimism. O’Neill ends a long list of managers at the bet365 Stadium who have failed to get the fans on board.

O’Neill is leading the club in more than just picking up points, wins and turning the Stoke ship against the tide of a relegation battle; he is uniting the club on and off the pitch, a feat all the more impressive as the Potters hierarchy continues to divide itself from the fans. In many ways, O’Neill already carries the esteem of a Lou Macari-like figure, and that is marvellous.

No man seems more capable of leading this renaissance; he captures the spirit of the club so perfectly that you wouldn’t bet against him rejuvenating the pottery trade during his time in Staffordshire.

Back to immediacy and the short-term though. With ten games of the Championship season remaining, second-tier survival is not yet guaranteed. And yet, that feels inconsequential in more ways than it should. Staying in the Championship is of course paramount for a side with one of the largest wage bills the division has ever seen and with just one more year of parachute payments left to come.

But there is something else much bigger at stake for Stoke, and O’Neill has gone so far towards winning that battle. The fans are back in town, the bet365 is rocking like it was back in its Britannia heyday, and at long last, Stoke fans have something to cheer.

If it culminates in Championship survival as the foundation to greater things, then it will have been almost worth the pain that came before.