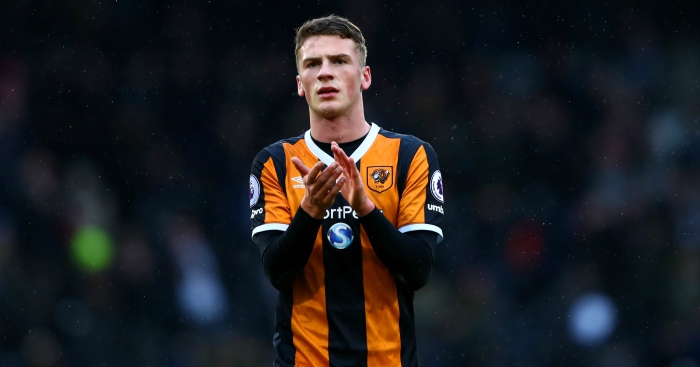 Stoke have signed highly-rated defender Josh Tymon after the teenager turned down a new contract offer at Hull.

The Tigers announced on Wednesday that Tymon, who made his senior breakthrough last season, had left the club with immediate effect.

And that was quickly followed by Stoke confirming on their official Twitter account that they had signed the 18-year-old left-back on a five-year deal.

Hull-born Tymon earned rave reviews after making his Premier League debut against Sunderland last November, but the Tigers failed to keep him following their relegation from the top flight.

“Josh Tymon has turned down a professional contract with the Tigers and has chosen to cancel his scholarship contract, which was due to expire in June 2018. He will leave the club with immediate effect,” read a Tigers’ statement.

“This is a standard clause in all contracts for this age level and the club has no option but to reluctantly accept his request.

“When Josh joins another club, a fee will have to be agreed between the two clubs.”

Tymon progressed through Hull’s academy and made his first-team debut aged 16 in an FA Cup win at Bury in January 2016.

He went on to make a total of 12 appearances for the Tigers last season, including four league starts.

Hull’s vice-chairman Ehab Allam said: “The club is naturally disappointed to lose a home-grown product of its academy.

“We have met with Josh and his representatives on numerous occasions starting back in January 2016 with improved offers of a professional contract.

“I want to make clear that we have made offers significantly higher than the figures circulated by some media sources.”

Hull have sold central defenders Curtis Davies and Harry Maguire since they were relegated after one season back in the top flight and the club is braced for further departures.

Head coach Leonid Slutsky confirmed he wanted to sign a total of “six or seven” new players this summer when formally introduced to the media on Wednesday.

Allam added: “As stated by Leonid in his press conference, we are working very hard to bring new players into the club with news hopefully by the end of the week.

“This process can take time and as much as we would like all business completed immediately, some deals take longer due to the complex nature of the transfer window.

“New additions will be made to the squad to help towards our aim of a return to the Premier League. We wish Josh well for the future.”