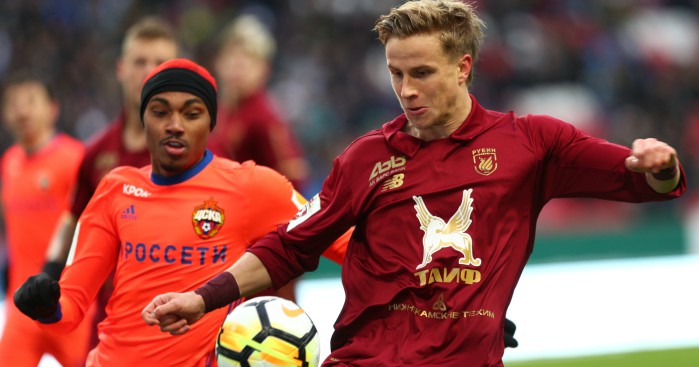 Austrian right-back Moritz Bauer has completed a transfer to managerless Stoke having been a target of recently-axed boss Mark Hughes.

The Potters have made Bauer, 25, their first signing of the window for an undisclosed fee after reaching an agreement with Russian club Rubin Kazan.

Bauer agreed personal terms on a four-and-a-half-year deal last week, when he also underwent a medical, and his deal has been completed despite the fact Hughes was axed on Saturday night following an FA Cup loss to League Two Coventry.

“Moritz is a player we have been trailing for some time and was someone Mark Hughes wanted to bring into the club,” chief executive Tony Scholes said on the club’s website.

“Moritz came over to England last week to undergo his medical and discuss terms and we have now been able to conclude his transfer.

“He’s a very highly-regarded player who broke into the Austrian senior side last year and he adds to the defensive resources at our disposal.”

Stoke, who hope to have a boss in place before their next fixture on Monday night against Manchester United, are in the top-flight’s relegation zone and have conceded a league-high 47 goals in 22 games.