Home All The News Stoke may have to end pursuit of Berahino, admits Hughes 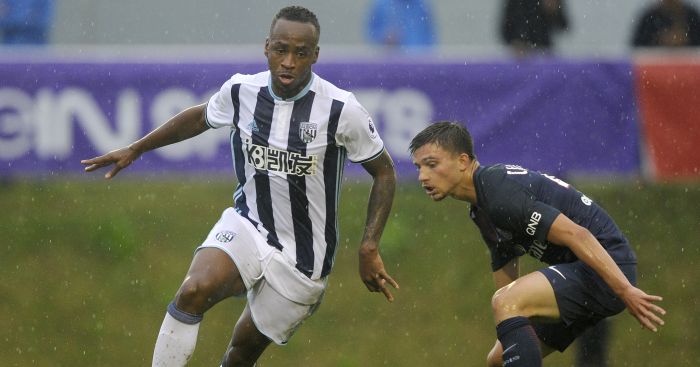 The Potters have been chasing the 23-year-old for much of the transfer window and had hoped that they could persuade the Baggies to part with a striker who has long tried to engineer a move away from The Hawthorns.

Berahino’s deal expires in the summer yet Stoke have been unable to tempt West Brom’s new owners to cash in so far and, with less than a week until the window closes, Hughes knows he may now have to move on to other targets.

“We’re quite a way down the line with that one, in terms of going back and to,” he said at his press conference on Thursday.

“I’m not really up to date in terms of where we are at this moment in time.

“You have to let these things run their course and give them the time that they deserve. There may well become a point, not necessarily with these negotiations, but certainly some deals just go on and on and you get to a point where you have to make a decision to move on.

“There have been deals this window where we’ve made the decision to do that but aren’t in the public domain like this one.

“We’re still there, we’re still of the view that something may happen but we’re close to a point where maybe we have to look at alternatives.”

Another player heavily linked with a move to Staffordshire has been Manchester United defender Phil Jones, who came through the academy at Hughes’ old club Blackburn when the Welshman was at Ewood Park.

Jones left Rovers to make a move to Old Trafford, with Sir Alex Ferguson predicting he could become the best player in United’s history, but a raft of injuries have stunted his progress.

Hughes, whose side have not kept a clean sheet in the league since March, stated his admiration for Jones on Thursday, but hinted that an initial enquiry into the 24-year-old defender may have been rebuffed.

“We’ve made enquiries, we’ve talked about a lot of players, too many to list,” he added.

“Clearly he’s a player that has got good pedigree, is at a good club and sometimes you just enquire just to see what the current thinking is on current players.”