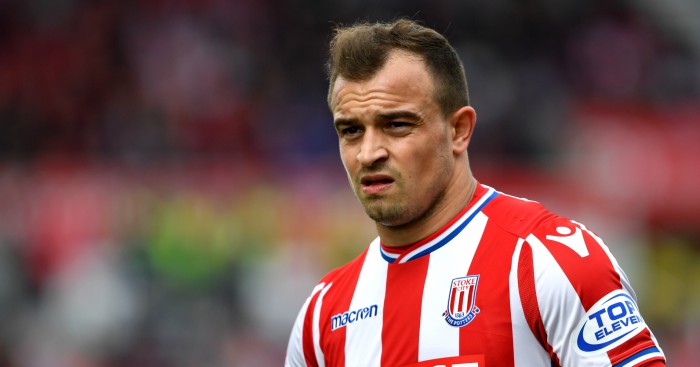 Xherdan Shaqiri has put Premier League clubs on alert by confirming that he “will leave” Stoke this summer.

Shaqiri joined Stoke in summer 2015, becoming their best-paid and most high-profile player.

But the Swiss international was unable to steer the Potters clear of relegation, despite having tipped them to win the Premier League title last June.

Shaqiri is certain to be a target for a number of Premier League clubs, and could even be part of the most obvious transfer of the summer.

“It is no secret that I will leave the club,” he told Aargauer Zeitung.

“I think the [Premier] league is perfect for me.

“I would love to stay in England but I don’t want to rule anything out. It’s the best league with the best players.”