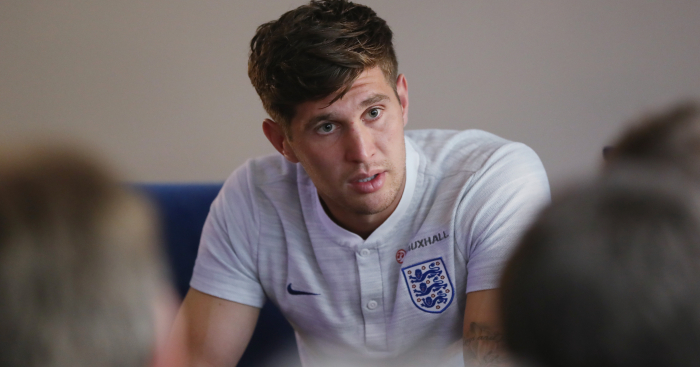 John Stones knows the value of momentum from Manchester City’s record-breaking Premier League campaign and wants England to keep the winning feeling alive with victory over Belgium on Thursday.

Both sides are already through to the last 16 of the World Cup, meaning their match in Kaliningrad is all about settling first and second place in Group G.

At present it looks as though runners-up spot may be rewarded with a gentler route through the knockouts, while a quarter-final meeting against Germany or Brazil potentially awaits the victor.

But there appears little appetite in the England camp to soft pedal after back-to-back wins over Tunisia and Panama – with Stones channelling the hunger which drove City to reach the magical 100-point barrier last season.

“We want to win,” was his decisive take.

“It’s always an added bonus to take it into the next game. I’m trying to keep improving and keep winning games.

“We want to be winners at the end of the day, that’s why we’re in the competition.”

Stones, for one, heads into the game on a high.

He played a key role in the 6-1 thumping of Panama, scoring his first two England goals from headers and turning in an assured display at the heart of the back three.

As he reflected on his growing status, Stones was quick to credit his advancement under City boss Pep Guardiola.

“He’s just simplified everything, the way he speaks to you, the way he gives you advice and tells you how to play,” said the 24-year-old.

“As a kid I never thought I’d even get a chance to play for England let alone score. It’s not really sunk in to be honest.”

Midfielder Ruben Loftus-Cheek shares Stones’ desire to press for another three points, insisting England have no reason to run scared of any possible opponents.

“We don’t want to take our foot off the gas with the performances we are putting in now,” he said.

“We won’t fear anyone. We just want to put on a good performance for the fans.”

Thursday’s clash is sure to throw up plenty of intrigue for fans of the Premier League, with Belgium boasting a squad containing 12 England-based players, many of whom share clubs with their English opponents.

Golden boot front-runner Harry Kane, for example, could find himself up against colleagues Jan Vertonghen and Toby Alderweireld.

And the England captain expects a sense of familiarity to be on show.

“We obviously know each other quite well because we have trained a lot with each other. It will be a good test because they are having a great tournament as well,” he said.

“We’ve had a couple of games where people have expected us to win, so now it is a bit more of an even match and it will be interesting to see how it goes.”

Stones’ former Everton team-mate Romelu Lukaku is set to miss the match on fitness grounds, leaving Kane the chance to extend his lead as the competition’s leading scorer – provided he avoids being rested too.

Stones says all England players are backing Kane to take the prize, but praised his selflessness for not treating it like the main objective in Russia.

“Harry would want us to win more than him get the golden boot, that’s the most important thing. On a personal level I’d love for him to get it,” he said.

“I think I speak on behalf of the whole team…there’s just that great bond between everyone, where you want each other to do well. I’ve been in teams before where there’s not always been that respect and maybe a bit of selfishness. But I think this would be a great achievement for him and we’d all be right behind him.”