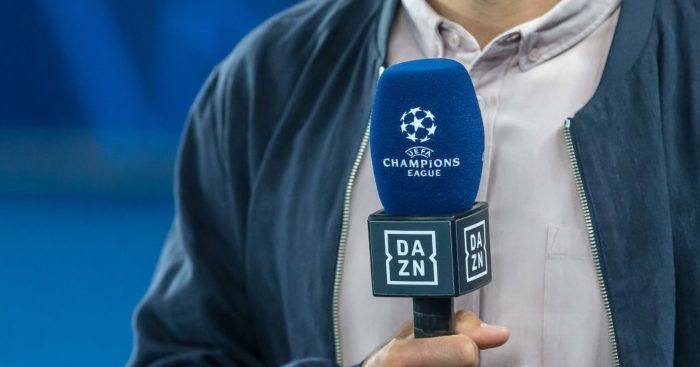 A streaming service has written to the Premier League to defer payments due to the suspension of competition.

DAZN, which holds rights to stream all English top-flight matches in Brazil, Canada, Japan and Spain, is in negotiations to halt payments until clarity is given as to when and how the 2019-20 season can be completed, the PA news agency understands.

The league announced last Friday that there was no prospect of professional football returning by the start of May, and was instead keeping a decision on when the game could safely come back amid the coronavirus pandemic under constant review.

OPINION: The Premier League has stench of decadence’s decay…

DAZN said in a statement: “We don’t discuss commercial conversations but we’re, of course, in the process of working closely with partners to reach reasonable solutions given the unprecedented circumstances.”

Premier League clubs were reported to have told players in a conference call on Saturday that the cost of being unable to resume the season at all would be more than £1billion.

It is estimated that of that £1billion, £762million of it would be lost TV revenue, as rights holders either claw back money paid or withhold payments not yet made.

It is understood talks are continuing between players, their union the Professional Footballers’ Association and the Premier League clubs over a 30 per cent wage reduction by way of cuts and deferrals, dependent on what the eventual outcome is.

Manchester United full-back Luke Shaw appeared to indicate the season should be scrapped if there were no signs soon that football could return.

Speaking during a Combat Corona Twitch FIFA competition, Shaw also said it would not “feel right” to play matches behind closed doors.

“I think the sport is for fans really, ” he said.

“I think if you don’t have fans, and you don’t play in front of fans, it just doesn’t feel right.

‘Especially on match day the fans are always amazing and always help the team. Whether it’s home or even away, our fans are always brilliant and I feel like they’re always there with us.”

The PFA released a statement on Saturday saying players want to ensure any financial contribution they make will support their clubs, remove the need for non-playing staff at all levels to be furloughed and support the NHS.

Health secretary Matt Hancock said last week that Premier League footballers should “play their part” in a time of national crisis and take a pay cut.

Over the weekend, Hancock suggested footballers could donate to hospices, to enable them to continue to provide end-of-life care at a time when other fund-raising has dried up.

Burnley manager Sean Dyche, whose club said over the weekend they would lose £50m if the season was not finished, defended the position of players and the time it was taking to reach an agreement on a way forward.

“The idea of making things happen at the flick of a switch is just not feasible. There is a lot more to it,” he told talkSPORT.

The pressure on players has been ramped up by the fact that clubs, including runaway Premier League leaders Liverpool, have announced plans to furlough some non-playing staff under the Government’s coronavirus job retention scheme.

“It is important to remember that it is not from the players, it is not their decision to furlough staff,” Dyche said.

“I can assure everyone who is listening, I know for a fact that individual players are doing things from their own pockets for different causes.

“What happens then is they do all that and someone comes along and says ‘right we are taking this from you’ and they go ‘hang on a minute I am already doing all this’.

“You have to be careful and remind people that a lot of players are giving a lot at the minute.”

Culture secretary Oliver Dowden told the Daily Telegraph on Monday that the apparent deadlock between clubs and players was “deeply concerning”.

The PFA said on Saturday that cutting 30 per cent from players’ salaries would result in a £200m drop in the amount players pay to the Government in income tax.