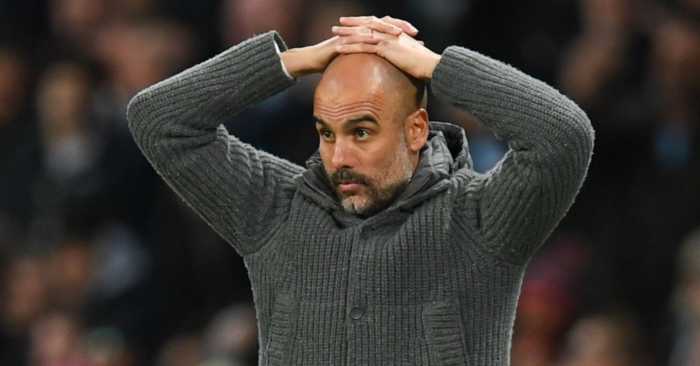 Pep Guardiola ‘was more stressed than ever’ and ‘started complaining of back pains’ as the Premier League title race entered its final few weeks.

Guardiola became the first manager to retain the Premier League title since 2009 when Manchester City pipped Liverpool to the post by a single point.

The Spaniard also led his side to an unprecedented domestic Treble by adding the FA Cup to the Carabao Cup they won in February.

But despite his apparent cool public demeanour, Guardiola was feeling both the physical and mental strain.

The Times say ‘those who know him best’ believe he ‘was more stressed than ever,’ but ‘only let his true emotions show to his inner circle’ for fear of it affecting his players.

The manager tends to relieve personal pressure by holidaying during the international breaks or playing golf, but ‘Guardiola’s schedule has been so busy that he has only had time to play two or three rounds in Manchester this season’.

Paul Hirst adds that ‘a long, pressurised season was taking its toll on the City manager’ as Liverpool continued to put pressure on them.

He even ‘started complaining of back pains a couple of weeks ago,’ which has become ‘a common occurrence’ throughout his managerial career at this time of year. He ‘could not be persuaded’ to visit the gym after suffering cramp in his calf due to constantly standing during training sessions.

Take care of yourself, Pep mate.