Home Burnley Stuck in limbo: One player per club who stayed put 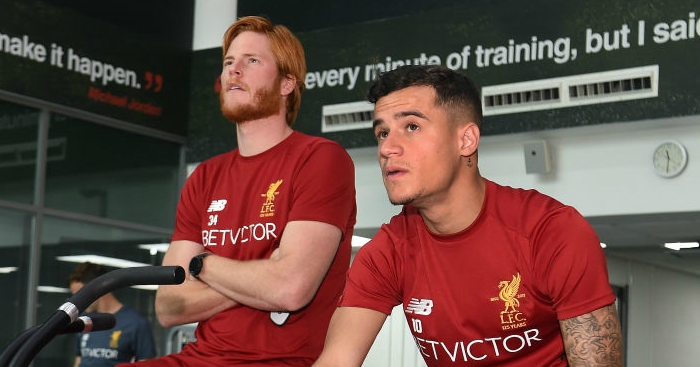 Arsenal: Rob Holding
An unprecedented clear-out has taken place this January, with seven first-team squad players leaving. But still there is Rob Holding, now behind Calum Chambers in the central defensive pecking order. He has been in only three Premier League squads since October but when Burnley called, Arsenal said no. They never sell to rivals.

Bournemouth: Lys Mousset
Because what are these lists without Lys Mousset? The young Frenchman did play one minute (without touching the ball) in Wednesday’s 3-0 win over Chelsea so that means he has ‘played’ 22 Premier League games without scoring a goal. #FreeLys.

Brighton: Jiri Skalak
Who knew Brighton had a Czech international winger who played at Euro 2016? Nobody who has watched Brighton in the Premier League this season as Skalak is yet to feature for even a minute. Though he did play against Middlesbrough in the FA Cup; a decision met with almost universal acclaim.

600+ mile round trip to find out Jiri Skalak is starting.

“Regards the squad we have, the only one that has been out of the squad and that’s not down to his work ethic or how he’s done in training, just numbers, has been Jiri Skalak, who has found it difficult to get the games he wants,” said boss Chris Hughton when talking about possible loan exits. And yet there he remains.

Burnley – Jon Walters
The only real surprise is that Chelsea were never linked with Big Jon Walters. In reality, Sunderland and Middlesbrough were both said to be very interested, with Sean Dyche refusing to rule out an exit, but then Walters picked up a knee injury that will keep him sidelined until the end of February. Will he ever add to the 36 minutes of Premier League football he has played this season?

Chelsea – Matej Delac
“Yes, soon will come a time I’ll have to leave Chelsea,” said the club’s longest-serving player in November; it will be eight years this summer since he joined from Inter Zapresic and he is yet to play a competitive game. And the transfer window closed with Delac still at the club. He has been busy though…

Merry Christmas to everyone 😊🤰👼💑 pic.twitter.com/yv2oJdzsBA

Crystal Palace – Jordon Mutch
Last Sunday marked the anniversary of Jordon Mutch’s last game for Crystal Palace. He has since made three benches but not played a minute under Roy Hodgson. And bizarrely he is still only 26. There was a brief moment on Wednesday when it looked like he might move to Bolton but alas…

Everton – Davy Klaasen
For quite a long time on Wednesday it looked like Davy Klaasen – a man who has not been seen in the Premier League since September – was going to join Serie A leaders Napoli on loan. And then – according to Sky Italy – they realised he was cup-tied for the Europa League and sent him back to his Merseyside purgatory. Poor Davy Klaasen.

Huddersfield Town – Michael Hefele
‘HUDDERSFIELD TOWN defender is being chased by a posse of Championship clubs on loan,’ claimed The Sun on Wednesday. And yet Michael Hefele is still at Huddersfield Town, possibly just because his mistake against Birmingham in the FA Cup was not enough to bounce the Terriers right out of the competition. That one Premier League minute was brilliant though.

Leicester City – Riyad Mahrez
Nobody else on this list is ‘depressed’ because their club slapped a £95m price tag on their arse and they missed out on a second Premier League winner’s medal.

Liverpool – Adam Bogdan
January 8, 2016. That’s the date of Adam Bogdan’s last appearance for Liverpool. Celtic and Leeds were both linked with loans this week but still the Hungarian remains. How must it feel when even Lazar Markovic gets a loan?

Manchester United – Daley Blind
“They don’t want to sell him now, only in the summer. The price is good, but the operation is difficult. It’s really difficult because Manchester United want to keep him to play in the Champions League, the Premier League and the FA Cup,” said dad and agent Danny Blind as Roma asked about a loan. The Premier League? He’s played four minutes since August.

Although José Mourinho made it publicly clear that Axel Tuanzebe would be our last outgoing, I feel we could afford to sell Daley Blind. An outstanding athlete & Footballer, signed at the wrong time under a poor manager.

Newcastle United – Chancel Mbemba
Apparently he was offered to West Ham earlier in the transfer window. By Wednesday he was being linked with Fulham. But on Thursday he was still in Newcastle, having once again missed out on a Premier League match-day squad. A transfer? Chancel be a fine thing.

Southampton – Sam McQueen
Reading were interested but then Southampton loaned out Matt Targett instead so McQueen remains on the south coast as back-up to Ryan Bertrand. His one Premier League start of the season? A 0-0 draw with Manchester United. He can play further up the pitch too…

Hope for #SaintsFC, as McQueen produces a fine finish from 20 yards. pic.twitter.com/nYy2kemuny

Swansea City – Luciano Narsingh
And so to another talented Dutchman who cannot get a game in a relegation battle. There was pre-Christmas talk of a move to Turkey but then in came Carlos Carvalhal and Narsingh said: “The gaffer has given us a boost and everybody wants to show him what they are capable of.” Not much, it seems; Narsingh has not climbed off the bench in Swansea’s last two Premier League games.

Tottenham – Kyle Walker-Peters
Suffered the ignominy of being substituted at half-time of Saturday’s 1-1 against Newport County, but that did not seem to put off Southampton, who were linked with a loan move the very next day. We do know that Mauricio Pochettino likes to keep his favourite players close at hand so KWP remains at Tottenham, if only for the Newport replay. But at 20 he really should have played more than six games.

West Brom – Jonny Evans
Clearly Jonny Evans is not the type to go AWOL and tell his friends to tell Sky Sports that he is ‘depressed’, but he must be a tad disappointed that he came so close to a move to either Manchester City or Arsenal, only to be thwarted by a £20m price tag. Gadzooks.

West Ham – Javier Hernandez
This is a man who has “commented, stated and demanded” a move away from West Ham, according to his agent. But when your club sells two strikers and only buys one from the Championship, you are going nowhere. Sorry, Little Pea.