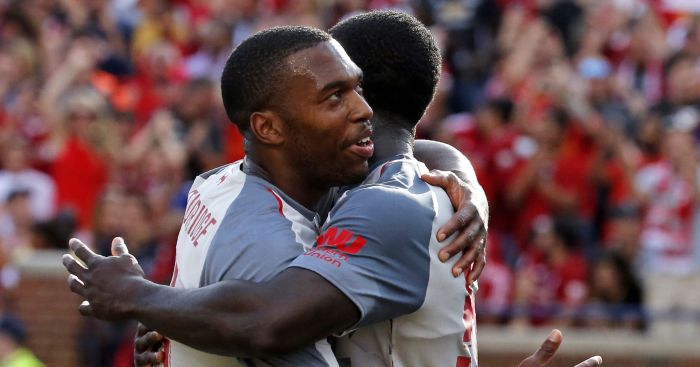 Liverpool striker Daniel Sturridge thinks his loan spell at West Brom last season has helped him “grow as a person”.

Sturridge played 116 minutes in the Premier League for the Baggies after joining the club on loan in the January transfer window.

However, he seems to have a spring back in his step at Liverpool this summer, having scored four goals in pre-season, while he got the Man of the Match award as the Reds beat Manchester United 4-1 in their latest friendly.

“I don’t regret anything,” said Sturridge. “The experience made me grow as a person. That is what it is all about. Evolving as a man, as a footballer. From the outside looking in, you can also improve.

“When you are on the inside looking out, you sometimes don’t see what you have to do to get to the next level, how you need to change.

“I have always been hungry. The hunger will never change. I’m taking every day as it comes with a positive mindset. I’m feeling great but it’s not just about me, it’s about the team. It’s about what we do as a bunch.

“Everyone is pushing themselves to the limit because we have got a big season ahead.

“We feel we can do something special, so we are all pushing ourselves. I have worked hard over the summer. I’ve put it in. But there is a lot more work still to come.”