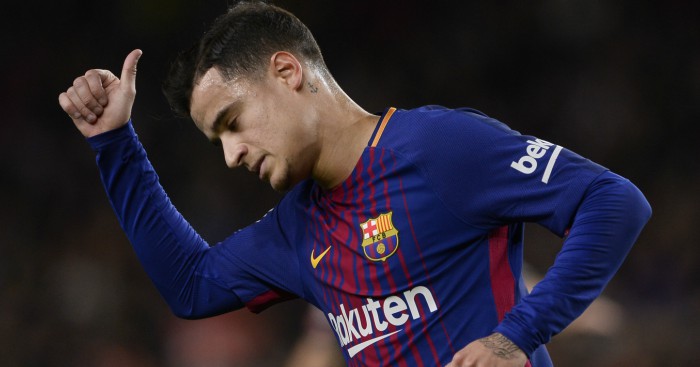 Philippe Coutinho has received the backing of Luis Suarez following his first start for Barcelona on Sunday.

Barca recovered from going a goal down to see off Alaves 2-1 at the Nou Camp, with strikes from Suarez and Lionel Messi helping the La Liga leaders retain their 11-point cushion at the summit.

Having made substitute appearance last week in the King’s Cup win over Espanyol, Coutinho was handed his first start since making his £142million switch from Liverpool earlier this month, occupying a right-midfield position.

“It’s difficult to debut in the Camp Nou in the league,” said Suarez said after the game. “Philippe was very good.

“He did very well trying to drive in the game and the team are happy with his contribution.”

Barca boss Ernesto Valverde is willing to give Coutinho time to settle.

“Players aren’t machines that you can just put in a factory and start to work right away,” he said.

“I thought he played well, he was always asking for the ball. He has important skills, the other day he played 20 minutes, today he played a little more, he’s growing into the team little by little.”