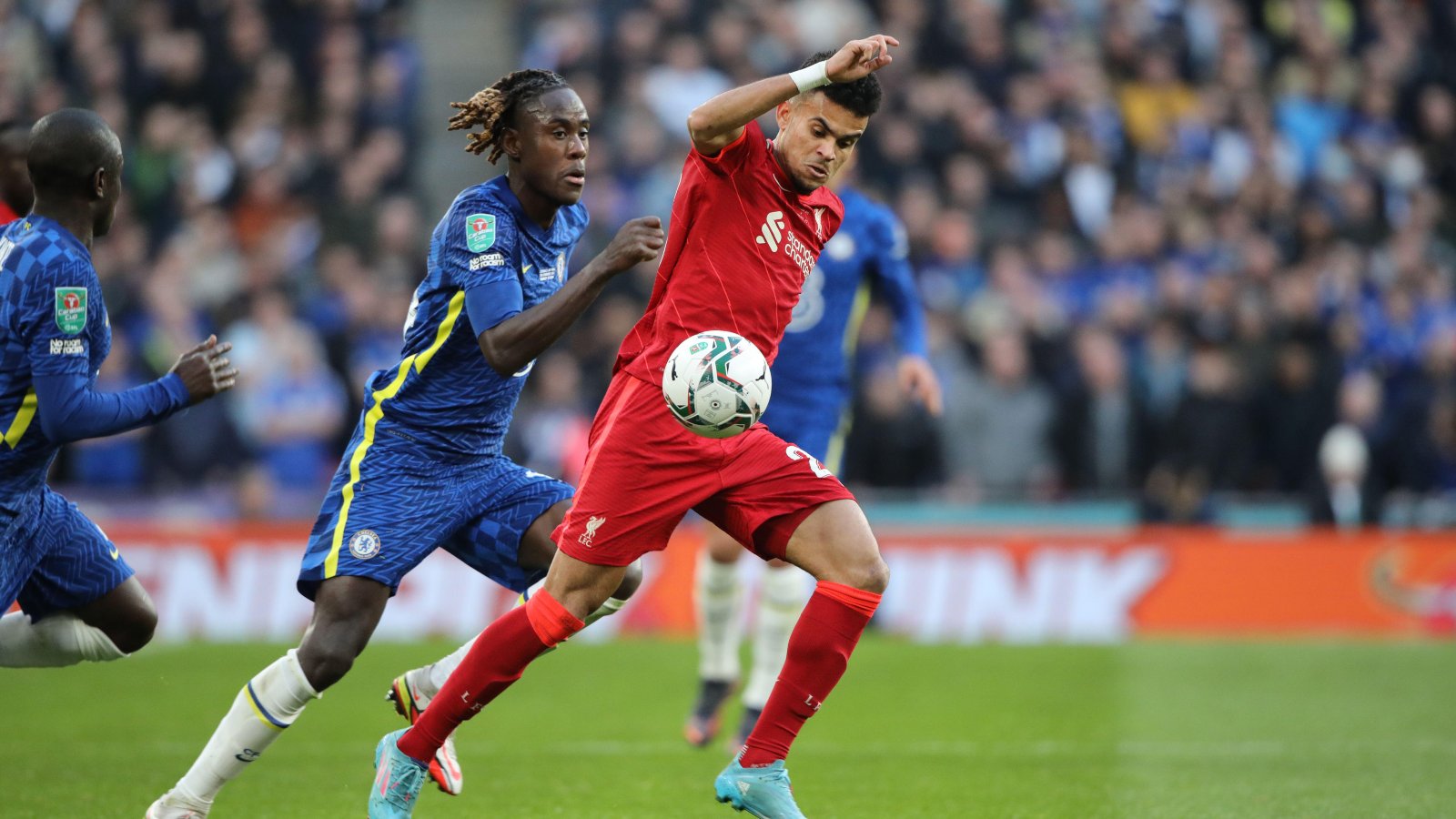 Liverpool winger Luis Diaz has been compared to former Reds forward Luis Suarez and tipped to win them the FA Cup this weekend by Paul Merson.

Diaz only joined Liverpool in January but has impressed and has already picked up the Carabao Cup this season.

The Carabao Cup success came after beating Chelsea on penalties in the final and they two sides will renew acquaintances when they face off at Wembley in the FA Cup final on Saturday.

Thomas Tuchel’s side will be out for revenge whilst the Reds will be hoping to keep alive their faint quadruple hopes.

And Paul Merson has admitted that Diaz could be crucial to Jurgen Klopp’s sides chances at Wembley, even comparing him to former Liverpool sensation Suarez

Writing in his Daily Star column, Merson said: “Luis Diaz reminds me of Luis Suarez and he could win the Liverpool the FA Cup final this weekend even if he doesn’t start.

“I just think he’s a fantastic player who has settled quicker than smoke – and he’s going to win more than Suarez ever did at Anfield. Suarez had one sensational season at Liverpool but the only trophy he ever won was the League Cup in 2012.

“Diaz has already done that and he’s going to end up winning a lot, lot more. He’s always on the front foot, always gets the ball forward, makes good runs off the ball. He’s a nightmare for defenders because you can’t pick him up.

“He’s quick and direct and if he loses the ball he works his socks off to get it back. Suarez was the same. He ticks every box.

“I can’t believe how outstanding he’s been coming to a much tougher league – and he’s had a tougher job than Suarez. Suarez came into a lesser team where he could become a big star quickly.

“But Diaz has come into one of the best teams in Europe. He’s had to fight just to get in the team because Liverpool’s front three is already the best in the business.

“Words can’t explain how good he’s been in my opinion. He’s not even guaranteed to start the final. But he has made such an impact off the bench that if he has to come on in the game, he could still be the matchwinner.

“Jurgen Klopp has two players who can come on and turn a game in Diaz and Diogo Jota. They’ve added that depth. But on any given day, Chelsea are as good as Liverpool or Manchester City. We saw that in the Carabao Cup final.

“For me Chelsea should have won that game. There’s nothing between these teams at times. Liverpool are just more consistent over the course of the season.

“Maybe it’s down to tiredness at this late stage but both teams look very wide open at the moment. I just can’t see there not being goals in this game. Both teams look tired after a really long hard season and there will be mistakes in the game. The forwards will get chances.

“I think it’s a hard game to call.

“But I think Diaz gives Liverpool the edge if I’m being honest. He’s been that good.”