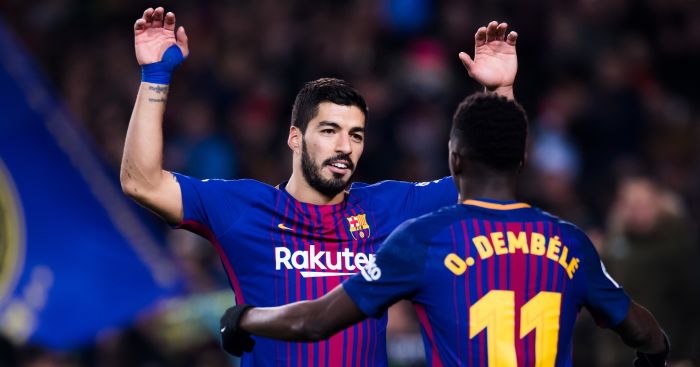 Dembele joined Barcelona in August 2017 for an initial £96.8m, but has struggled to establish himself in Spain since.

Dembele has struggled with injury since joining from Borussia Dortmund, starting just 26 of a possible 73 games in all competitions and talk of a transfer has been non-stop since the summer.

Asked for his take on Dembele, Suarez said: “I think being a footballer is a privilege. I think he should focus on football, and take inspiration from the exemplary professionals in the Barcelona dressing room.”

Barca boss Ernesto Valverde has dropped Dembele from Barca’s matchday squad on several occasions as a result of disciplinary problems and an asking price of €100million (£88.7m) has reportedly been set for the Frenchman. And Barcelona are worried that the player has an obsession with video games, according to a report.

Spanish outlet AS claimed there is ‘particular consternation’ at the Nou Camp due to the player’s apparent gaming disorder.

They claim that while Dembele has a history of ‘minor episodes of poor time-keeping or carelessness’, last week saw him miss training because of ‘an evening of video games’.

Barcelona moved to quash transfer speculation earlier this month, insisting there are no plans regarding Dembele’s exit.

“As of today we have nothing for Dembele and we have no desire to change the structure of the template.”