Home All The News Suarez responds to ‘incredible’ Liverpool fans 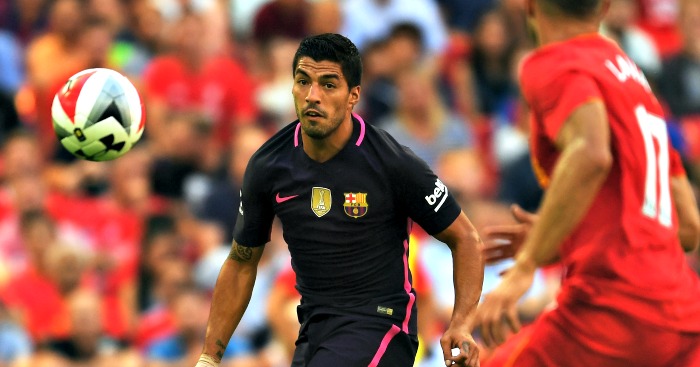 Luis Suarez has responded to what Barcelona manager Luis Enrique described as an “incredible reception” from Liverpool fans on Saturday.

Suarez started at Wembley as Barcelona took on Liverpool in a pre-season friendly, with the Uruguayan’s former team crushing his current employers with a 4-0 win.

The striker, who left the Reds in 2014 to join the Spanish giants, received a warm welcome in London, and his name was cheered as it was read out in Barca’s starting XI.

He then received a standing ovation upon his late substitution, and was clearly moved by the reaction.

Suarez posted the following on Twitter on Saturday evening: “A very special day. Thank you to all the Liverpool fans for the warmth you gave me today and always.

Manager Enrique was equally impressed by the fans.

“It was an incredible reception,” he said. “It was very nice to see the level of affection of the Liverpool fans towards Luis, especially when they announced his name in the starting XI.

“Unfortunately he couldn’t score a goal.”

The Spanish side, whose pre-season preparations began later than Liverpool’s, were swept aside as Sadio Mane and Divock Origi impressed at the weekend.

Enrique, however, will not read too much into the result – although he admitted Liverpool were by far the better team.

“We saw two teams in completely different rhythm, you could see that from the very first play of the match,” said the Barca boss.

“It was two teams with different numbers of training sessions and games.

“It definitely wasn’t our best day, we made a number of errors.

“After the first goal, we had a couple of chances. But at the start of the second half we conceded two goals and that was the match.

“This was the type of result you will see in pre-season. We have to accept the result.

“From a spectacle point of view, with the fans and the stadium, you have to look at the positive side of things.

“It hurts to lose a game. But there’s no team that hasn’t suffered a result like this.”