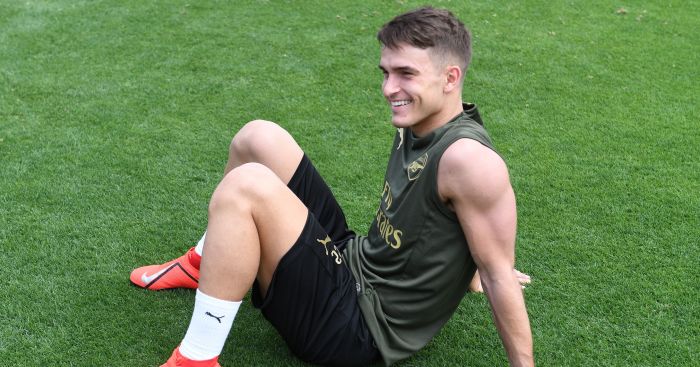 Denis Suarez has launched a strong defence of his quality in training after critics suggested he was yet to sufficiently impress Arsenal boss Unai Emery.

Suarez moved to the Gunners on deadline day on loan until the end of the season, with the Gunners reportedly paying his full Barcelona salary – believed to be around £60,000 a week.

The Sun claimed on Tuesday that Emery will not convert Suarez’s loan move into an £18million permanent deal, due to his failure to adapt to Premier League football.

Now, the same newspaper claims that Arsenal have chosen Christopher Nkunku as his replacement, and are hopeful an £18m bid will be enough.

Suarez has been limited to just six substitute appearances since he moved to the Emirates Stadium but he caught the eye in training in Dubai on Friday with a lovely goal.

And he took it as an opportunity to hit back at his critics, he posted on Twitter: “Working hard, learning and improving. PS don’t talk about my workouts if you have no idea.”

PD: dont talk about my workouts if you have no idea. pic.twitter.com/rqyRyQhUfM

Speaking earlier this month, Suarez was convinced he would be a success at Arsenal, he said: “My aim is to be a success here, perform well and feel important.

“I’m determined to perform well and be a success at this great club.”

On the effect Emery has had on his career, Suarez continued: “I think Unai made me a football player, when I joined [Sevilla] I was a prospect.

“I was coming off the back of a great season in the second division with Barca B. But it was a big step up to the elite level. he really helped me.”