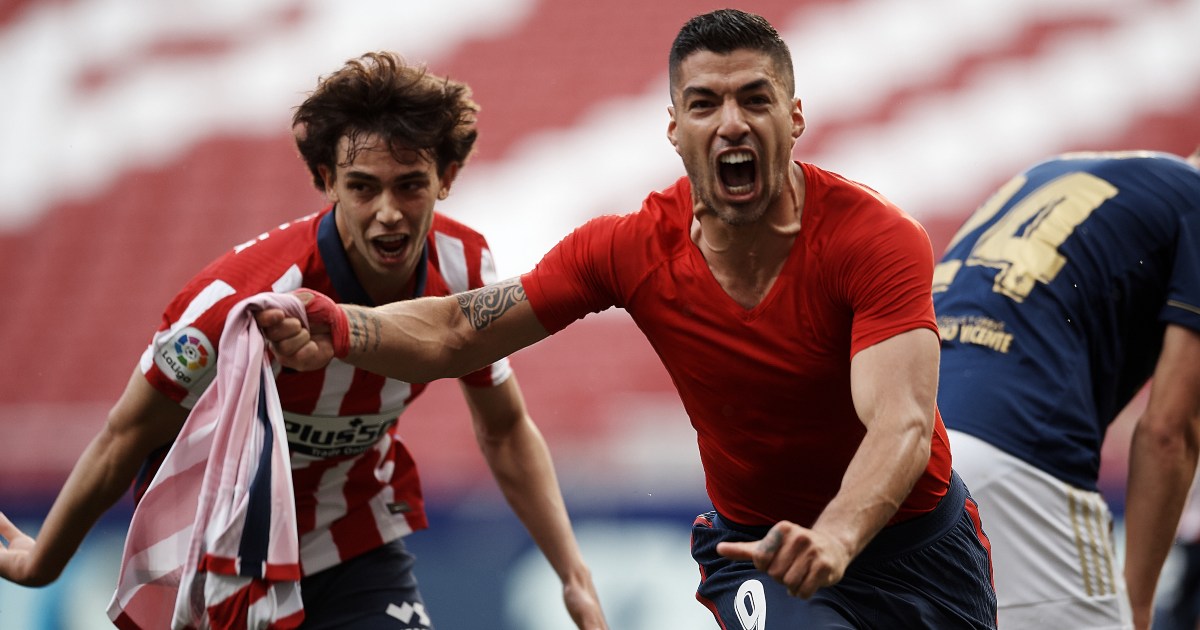 Luis Suarez says his “good relationship” with Liverpool fans would make it “strange” for him to play for any other Premier League team.

Suarez was sensational in his three-and-a-half year spell at Anfield, scoring 82 goals in 133 games before moving to Barcelona in the summer of 2014.

The striker won a load of trophies in his time at the Nou Camp before leaving for Atletico Madrid last summer and driving them to the La Liga title.

The 34-year-old has refused to rule out a return to the Premier League, but believes an offer would have to come from his former club.

He told World Soccer magazine: “Playing for any team other than Liverpool in England would be hard.

“I had, and hope I still do have, such a good relationship with Liverpool fans that it would be strange for me to play for somebody else.

“It would have been special to win the league with Liverpool, but I am glad that their wait is now over.

“They look like a team that will compete for many seasons to come even if this one has not been the best for them. They are back where they belong.”

Suarez has already confirmed he plans to see out the final year of his deal at Atletico having scored the goal that helped them win their first title in seven years.

And he added: “At the moment I am enjoying my time here. I enjoy it here, we are settled in Spain – there is not need to think about me leaving.

“When I think how well I have settled in at Atletico and the faith the coach has shown in me, it was easily the right decision for me.”

He added: “I think Stevie is doing just fine without me!” he said. “I am pleased but not at all surprised to see him win the league with Rangers.

“Winning is what he does and at some point in the future I am sure he will be at Liverpool again.”