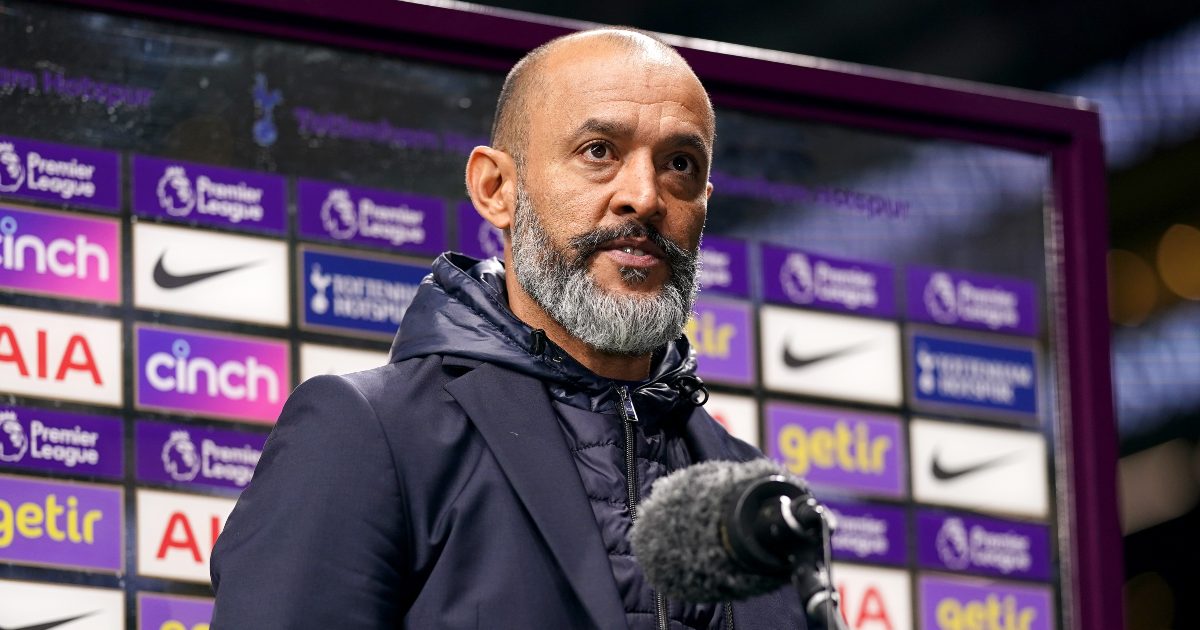 After leading Tottenham Hotspur to the 2018/19 Champions League final, Pochettino left the club in November 2019.

The Argentinian was replaced by Jose Mourinho and he departed earlier this year after an unsuccessful tenure.

After a prolonged search for a new manager, Santo was appointed as Mourinho’s successor at Spurs ahead of the 2021/22 season.

The former Wolves boss left the club on Monday after just 17 games in charge. His last game was Tottenham’s 3-0 defeat to Manchester United on Saturday.

Former Chelsea boss Antonio Conte is set to be appointed as the Londoner’s new manager.

Spurs insider Wenham has told Football Insider that Levy’s plan was to eventually bring Pochettinho back, as he is still “mad” about his former club:

“Nuno always seemed like a substitute teacher to me,” Wenham said.

“As mad as it sounds, Poch would come back. I understand he’s as mad about Tottenham as we are as fans.

“It seems crazy but that’s how he is. His son is at Watford obviously. He is set up in London, he has a life there.

“Sometimes that is more important to people than money or the level of club or whatever.

“I genuinely think he would come back to get away from the stress and politics of managing PSG.

“He was the only manager under Levy to secure a contract extension. That speaks volumes for me.”

Elsewhere, Rio Ferdinand has claimed that Conte is who Spurs need:

“Since the Champions League final, this team hasn’t had any consistency and confidence. They’ve gone backwards massively. They’re a far worse off team,” he told his YouTube channel.

“Is there anyone, if you’re looking in world football, who could come in and change the fortunes of some of these players in this team?

“Conte would be very high on my list because he’s a disciplinarian, he doesn’t mess about. And he gets people working. And I think this is what this Spurs team need.”