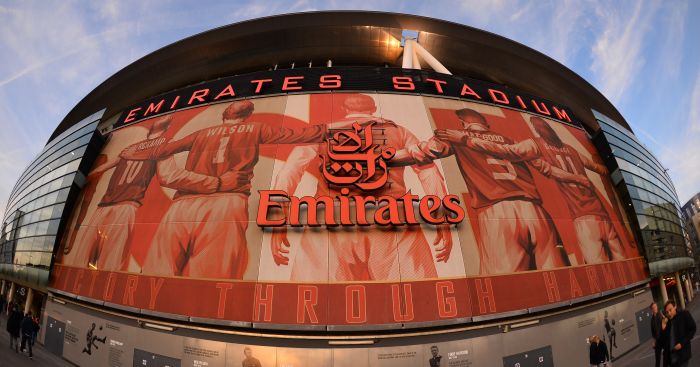 Perhaps things had got a bit too comfortable over at the Emirates. Pre-season commentary has been uncharacteristically optimistic: Arsene Wenger’s finally gone, Unai Emery has recruited judiciously, and everyone is going to live happily ever after in the wonderland of N5.

So Tuesday morning’s bombshell news that the disliked and distrusted majority shareholder Stan Kroenke has made a £600m offer to buy the whole of the club has seen Gunners fans return to more familiar territory – the land of frenzy and despair.

Opposition fans need fear not: post-match interviews on Arsenal Fan TV look set to be weekly masterpieces of hysteria for a while to come, because the Kroenke news is the first in a series of wake-up calls on the horizon for Gunners fans, who thought the post-Wenger era was an entirely new dawn.

The next alarm could sound on the field this Sunday afternoon. Managerial debuts don’t get much harder than a tie against champions Manchester City, who humiliated the Gunners three times last season. Then come trips to Chelsea, Cardiff and Newcastle. These will present a challenge for Emery, who once managed an entire season in Spain without an away win in La Liga.

Whenever it comes, it’ll be fascinating to see how Gunners fans react to Emery’s first bad run. So far, they have been enormously positive and welcoming. Having called for so long for Wenger to go, and promising they would back any successor  – any successor! – to the hilt, they are blessing Emery with almost sarcastically high levels of approval.

It looks and feels like the ‘rebound’ effect you sometimes get when, after leaving a long-term relationship, you fall into the arms of an exciting new partner. At first everything seems perfect; your new squeeze seems to be everything that your former flame was not. But as you continue dating, reality sets in.

What will that reality look like? The main clue at this stage comes in the transfer market. Emery has bought pragmatically – the key areas of goalkeeper, defence and defensive midfielder were addressed with the acquisitions of Bernd Leno, Sokratis, Stephan Lichtsteiner and Lucas Torreira.

But the squad still lacks width, and the loss of Calum Chambers and potential imminent exit of Aaron Ramsey could hit hard as the fixtures pile up, particularly if there’s an injury crisis.

Then we come to the rumoured exit of CEO Ivan Gazidis, who is reported to be joining AC Milan in September. This seems a suspiciously timed move from a man who spent 10 years seemingly neutered by the controlling Wenger, despite being the Frenchman’s line manager.

As Gazidis finally wrestled control, he promised to be a “catalyst for change”, hiring Sven Mislintat and Raul Sanllehi upstairs, before heavily positioning himself as the anointer of new boss Emery. If he walks now, that could say something about his character, but it could just as easily speak volumes about his faith in the new regime.

Or perhaps it just points to deeper-lying issues within the club? Already, the rumour mill has it that Kroenke’s son Josh is ready to hop into Ivan’s hot-seat. The nepotism-blessed 38-year-old is already an executive face at other subsidiaries of the Kroenke franchise: President and Governor of the Denver Nuggets, President and Governor of the Colorado Avalanche, and Alternate Governor for the Colorado Rapids.

For Stan Kroenke to take the club private, in a deal funded by a loan, would see a host of checks and balances wiped off the table in an instant. We may also see Kroenke pile debt onto the club to support his other business interests.

This could prove devastating for Arsenal fans, particularly those who spent years trying to convince themselves and the world that the real problem at Arsenal was a charming Frenchman, who won two doubles, went a season unbeaten, and gave them some of the greatest memories of their lives.