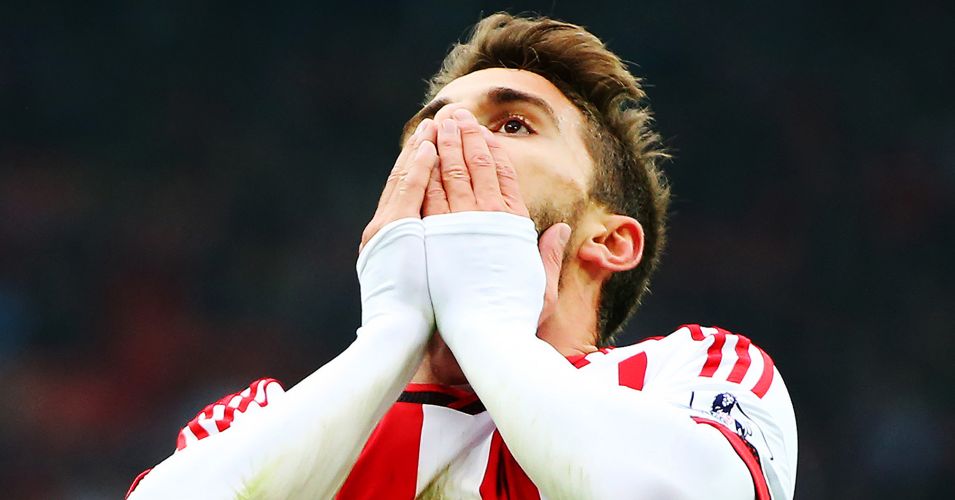 After reports of Advocaat’s imminent departure regardless of the result this afternoon, Sunderland predictably burst out of the blocks against their high-flying opponents and assumed a two-goal lead within 22 minutes.

Steven Fletcher opened the scoring on 10 minutes after a cleverly-worked corner routine, ending a run of three consecutive Premier League games without a goal for the Black Cats.

Chances continued to flow for Advocaat’s side but none were converted, with West Ham taking advantage on the stroke of half-time. Victor Moses burst down the wing for the Hammers before centering for Carl Jenkinson, whose scuffed finish found the net.

The comeback was complete midway through the second half with Dimitri Payet’s well-taken strike, with goalscorer Lens also sent off for a second bookable offence.

What could prove to be Advocaat’s last game in charge unravelled alarmingly in front of a crowd of 42,932 as the Black Cats extended their run without a Premier League victory to 11 games stretching back to last season while collecting just their third point of the current campaign.

West Ham ultimately surrendered their 100 per cent league record on the road this season, but will take some comfort from their fightback.

Whatever the future may hold for their head coach, his players chose their moment to turn in their best 45 minutes of the season to race into a 2-0 lead which could have been even greater.

Unfortunately, the first half lasted significantly longer and it was in added time that the Hammers grabbed a lifeline they scarcely deserved.

Fletcher started the ball rolling with just 10 minutes gone when, after Jenkinson had hauled Fabio Borini to the floor in pursuit of Yann M’Vila’s ball over the top, M’Vila pulled the free-kick square to the Scotland international and he slammed it first-time past the helpless Adrian.

The Black Cats were simply irresistible with the midfield trio of Lee Cattermole, Ola Toivonen and the hugely impressive M’Vila dominant, and it was the Frenchman who capitalised on Winston Reid’s hurried clearance from Payet’s under-cooked 22nd-minute pass to slide the ball into the path of Lens and watch him chip the stranded keeper and score off the underside of the crossbar.

The game could have been effectively over before the break with Borini shooting narrowly wide on two occasions, the first of them after being played through by Fletcher’s clever flick.

But having failed to kill off the contest, Sunderland were made to pay in stoppage time when Victor Moses created half a yard of space for himself on the left and crossed for the fast-arriving Jenkinson to sweep home.

Payet forced Costel Pantilimon into a 48th-minute save with a curling free-kick as Sunderland struggled to rediscover their first-half vigour, and Manuel Lanzini fired just wide after embarking on an adventurous 56th-minute run.

The visitors received a further boost seconds later when Lens, who had already been booked for a first-half challenge on Aaron Cresswell, went through the back of Winston Reid and received a second yellow card, and they needed just three minutes to make their numerical advantage count.

Pantilimon could not hold Lanzini’s shot from distance and Payet was on hand to convert the rebound and stun the locals inside the Stadium of Light.

That signalled an all-out assault from the Hammers and Pantilimon had to palm away Cresswell’s 80th-minute piledriver, but his side managed to spare themselves further pain.