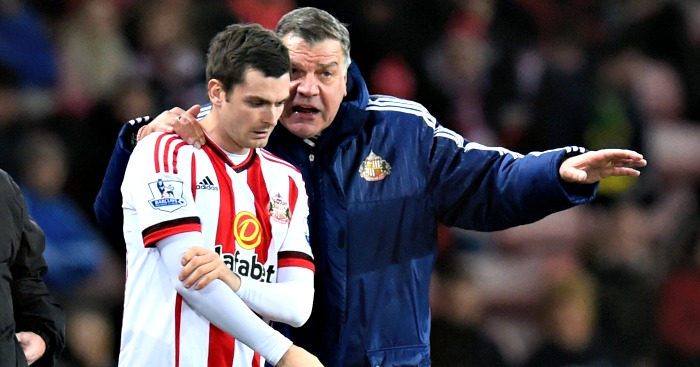 Sam Allardyce insists he only played Adam Johnson for Sunderland while he awaited trial on child sex offences because the player continued to protest his innocence.

He now faces a lengthy spell in jail as pressure mounts on the Black Cats to explain what they knew and when amid claims made in court that they continued to play him despite knowing the detail of the allegations, something they have strenuously denied.

Manager Allardyce, who was appointed in October, seven months after Johnson’s arrest, admitted he was “gobsmacked” when he learned of the guilty pleas.

He said: “I am hugely disappointed on Adam Johnson and what has happened, but my sympathies don’t lie with him, they lie with the victim and the family.

“Adam, as far as I know, was pleading not guilty all the way through from the day I arrived – obviously, this incident had happened well before I got here.

“On the basis of that information to me that he was pleading not guilty on all charges is why we continued to let him train and play for us.

“We were all, at the football club, stunned and shocked the day before the trial started when we heard a guilty plea come out. I was sat at home when it came on the news and I just was gobsmacked because as far as we were concerned, it was not guilty on all charges.

“Now the judgement has been made, we all feel extremely let down by what has happened and by what Adam has done, and certainly feel a lot of sympathy for the victim and the family.

“That has now hopefully given them some peace and they can now get on with their lives and we can get on with our football.”

Johnson’s victim will want to know why the footballer was allowed “back on the pitch”, the detective who led the investigation into his offending has said.

Detective Inspector Aelfwynn Sampson, of Durham Police, told BBC News that after the player was arrested a year ago, she told club bosses that sexual activity had taken place and that Johnson had messaged the girl.

Sunderland initially suspended the player for a fortnight, then allowed him back into the squad as the club fought relegation. The club insisted this was because Johnson said he was pleading not guilty.

The detective told the BBC: “At the centre of this we have a 15-year-old girl who was an avid Sunderland fan and a massive fan of Adam Johnson, she describes him as her idol, she’ll want to know why he was allowed back on the pitch.”

Allardyce revealed he has spoken to the remainder of the squad about the situation and warned them not to lose focus as they attempt to stave off relegation from the Barclays Premier League.

He said: “Everybody is well aware of the situation that it has left the club in and left them in. I think they are all as disappointed as we are as a football club. They are all going to have to make sure they put that behind them.”

Sunderland have found themselves at the centre of criticism despite defending their handling of the situation.

A spokesman for children’s charity the NSPCC said: “If they had known he had kissed a girl prior to his guilty plea, then we think they should have suspended him pending the ongoing investigation. It would have sent the right message to people that this is a serious offence and needed to be properly investigated.”