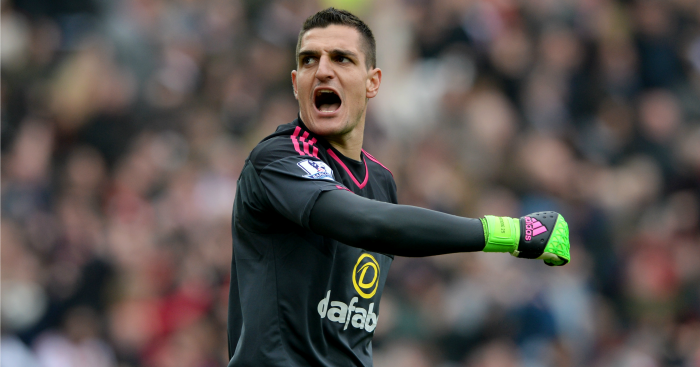 Sunderland goalkeeper Vito Mannone will be sidelined for at least three months after tearing ligaments in his elbow.

Black Cats boss David Moyes said the club were waiting to see whether the 28-year-old required surgery on the injury, but would definitely have to bring in another keeper.

He said: “Vito has torn ligaments in his elbow and we’re waiting to see whether it will require surgery. A minimum of three months.

“We definitely need to look for another goalkeeper because we only have a young keeper after Jordan Pickford.”

Sunderland, and their new manager, are still searching for their first points of the season after 2-1 defeats to Manchester City and Middlesbrough in their opening two games. They did beat Shrewsbury in the League Cup in midweek.