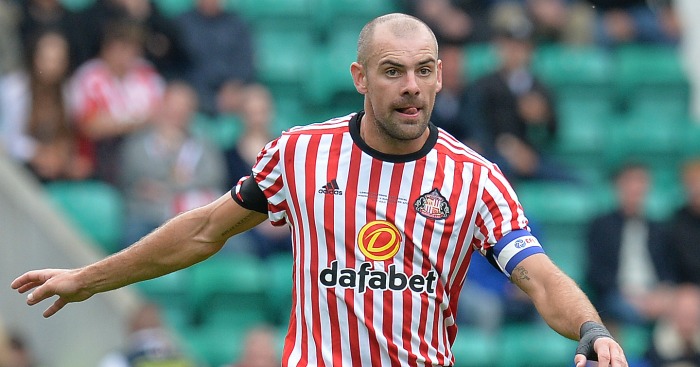 Sunderland have made a statement confirming that Darron Gibson has been suspended by the club.

Gibson was arrested for drink-driving after Twitter photos appeared to show a trail of destruction to a line of car that he had hit while behind the wheel.

It is not the first time that Gibson has been arrested for the offence.

‘Sunderland AFC has suspended Darron Gibson with immediate effect, after the player was charged with driving with excess alcohol on Saturday 17 March,’ the statement read.

‘The football club has commenced a full investigation into the matter.

‘Sunderland AFC’s chief executive, Martin Bain said: “We expect the highest standard of behaviour from our players and should any individual fall short of those standards then robust action must be taken.”’