Home All The News Sunderland to terminate contract of £6.4m unfit signing 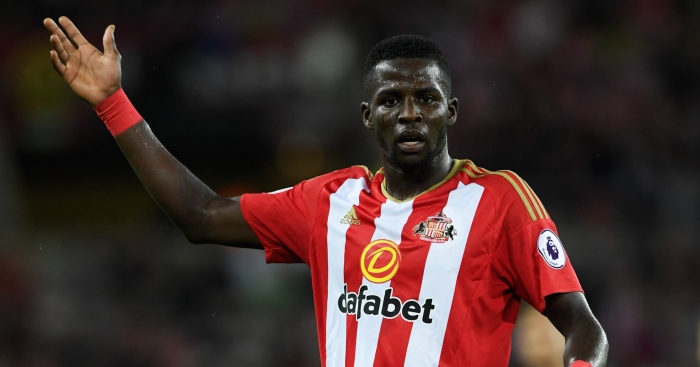 Sunderland claim that Papy Djilobodji has breached his contract and they have given him notice to leave the club.

Djilobodji – signed by David Moyes for £6.4m in 2016 – has played just 21 games for the Black Cats since he arrived from Chelsea.

The Senegalese centre-half spent last season on loan at Dijon while Sunderland were battling in vain against a second successive relegation.

Sunderland – now sitting in fourth in League One under Jack Ross – have now released a statement about the future of Djilobodji.

‘Sunderland AFC has given notice under its contract with Papy Djilobodji. Djilobodji, who was under contract to SAFC until June 2020, indicated in June 2018 that he wished to leave the club.

‘In order to facilitate that desire, the club entered into a written agreement with the player allowing him to spend the month of July on voluntary unpaid leave.

‘When that period came to an end, the player was expected either to leave for a new club – having reached a deal satisfactory to himself and SAFC – or to return in shape to play professional football. Instead, he returned to Sunderland over a month later, in the first week of September, ignoring written requests for his return. On his return, he was subjected to the same fitness test that his fellow professionals had undertaken on their return. He comprehensively failed that test.

‘As a result, Sunderland AFC can confirm that it has accepted Papy Djilobodji’s repudiatory breaches of contract and notice of the same has been provided to the player.’