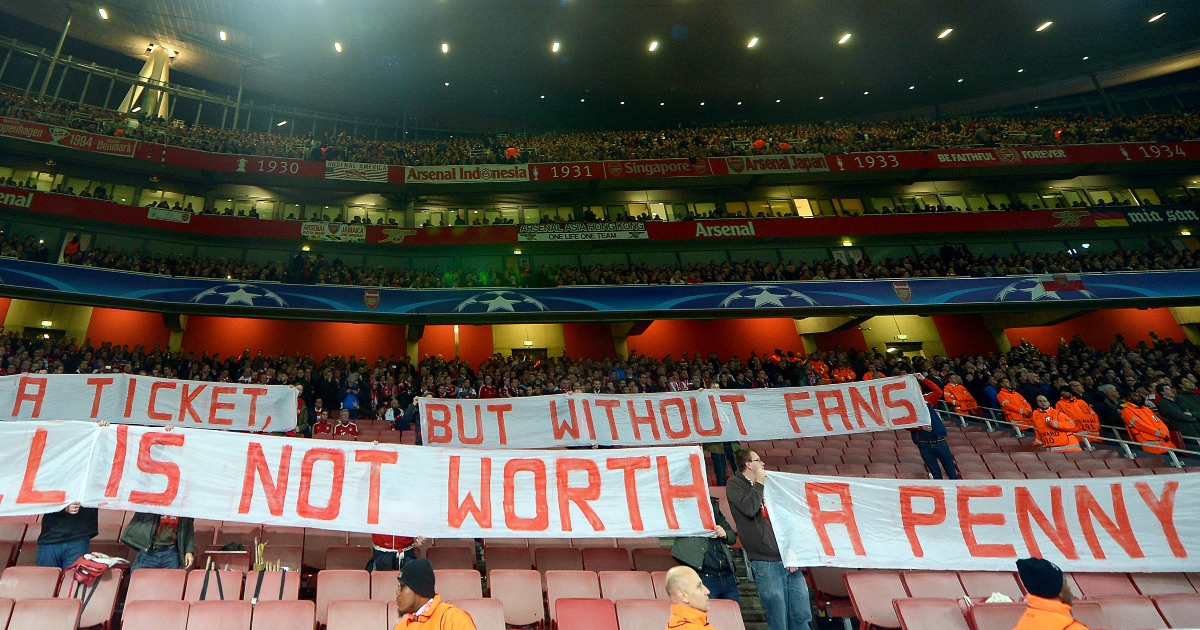 An Ofcom-style regulator for football and a greater say in the running of clubs for fans are being considered following the European Super League debacle, Culture Secretary Oliver Dowden said.

Plans for six of England’s biggest clubs to join the breakaway competition collapsed on Tuesday night following a backlash from fans, the game’s authorities and the Government.

Boris Johnson said it was “the right result”, but the Government is now considering what reforms may be needed to the way the sport is run.

The so-called big six retreated from the European Super League proposals, with Tottenham chairman Daniel Levy saying the club “regret the anxiety and upset caused by the proposal”, while Arsenal apologised for their “mistake” in signing up for the venture.

Liverpool’s principal owner John W Henry said: “I want to apologise to all the fans and supporters of Liverpool Football Club for the disruption I caused over the last 48 hours.”

Manchester United, Manchester City and Chelsea also confirmed they were pulling out of the plan, which would also have involved major teams from Spain and Italy.

A “fan-led review” under former sports minister Tracey Crouch will consider the issues and Dowden said the Government has not ruled out the prospect of a new regulatory body.

“The fan-led review will look at this,” he told LBC Radio.

“Clearly we have got to get a balance. I want the Government to do as little as it has to do. The game is rightly self-governed, but I do think it is right that we look at governance questions like that, and that will not be off the table.”

Dowden said the review will also consider whether supporters should be able to take a stake in their clubs, something that is mandated in the German Bundesliga.

“The German clubs didn’t participate in this (Super League) proposal. One of the points that was made to me by fans when the Prime Minister and I met with them yesterday was the fact that there was that financial stake. I think we should look at it,” he said.

“International investment in football has been a good thing. It has increased the quality of the game and the players and everything else.

“I’m not saying we shouldn’t have foreign investment, but I do think it is right that we look at how fans can have a stake in the game.”

Johnson had led the political opposition to the proposed competition, suggesting he would drop a “legislative bomb” on it – passing new laws to prevent it happening.

“This is the right result for football fans, clubs, and communities across the country. We must continue to protect our cherished national game.”

The Prime Minister’s comments follow those behind the league saying they will consider “the most appropriate steps to reshape the project” after the mass withdrawals.

In a statement, the league said: “Despite the announced departure of the English clubs, forced to take such decisions due to the pressure put on them, we are convinced our proposal is fully aligned with European law and regulations as was demonstrated today by a court decision to protect the Super League from third party actions.

“Given the current circumstances, we shall reconsider the most appropriate steps to reshape the project, always having in mind our goals of offering fans the best experience possible while enhancing solidarity payments for the entire football community.”

Under the plans revealed at the weekend, the six English teams would have joined Real Madrid, Barcelona, Atletico Madrid, Juventus, AC Milan and Inter Milan to create a rival competition to the Champions League.

The proposal attracted particular anger as there would be no relegation from the Super League, regardless of how well clubs do on the field, although five of the best-performing teams from outside the league would be invited to participate each year.

It led to calls for the clubs involved to be expelled from the Premier League amid suggestions that their players could be barred from representing their countries in the World Cup or the European Championship.