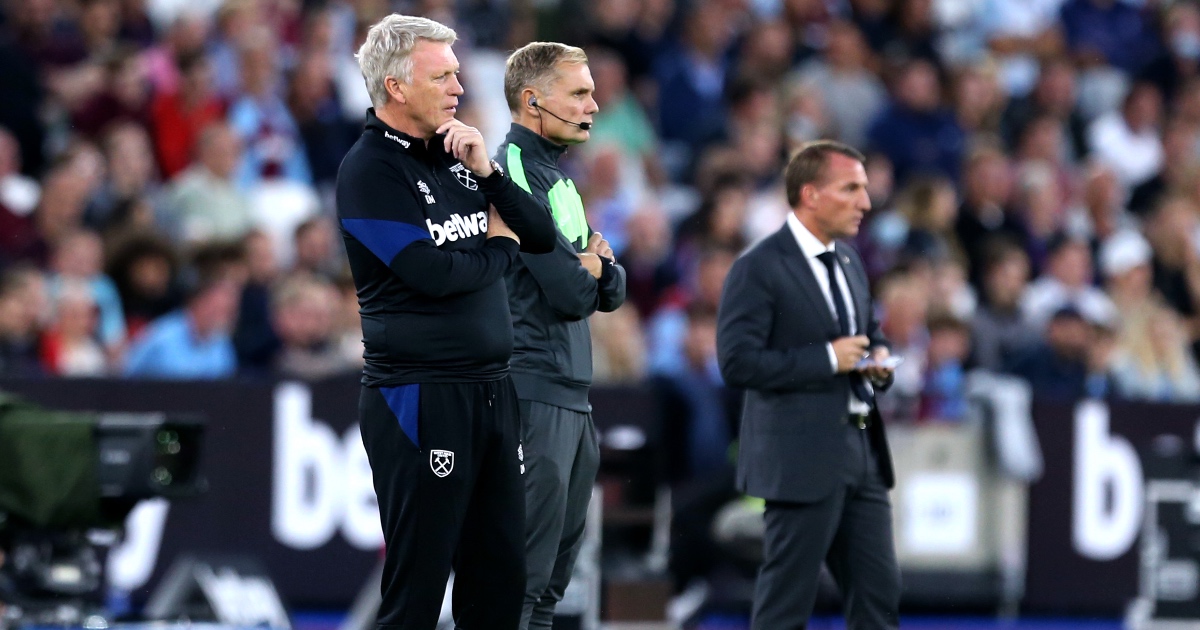 The Hammers dominated for pretty much all of the game and deservedly took the lead in the 26th minute.

Pablo Fornals swept a Said Benrahma cross past Kasper Schmeichel and into the net after being involved in the build-up.

Leicester struggled to cope with West Ham’s attacking threat and their task was made much harder shortly before the interval.

Ayoze Perez was sent off by Michael Oliver for a bad challenge on Fornals. The Spaniard was off balance following a previous tackle but caught Fornals high on the ankle.

The second half saw West Ham continue where they left off. Caglar Soyuncu failed to look when playing a backpass, allowing Michail Antonio to set up Benrahma for a tap-in.

Youri Tielemans pulled one back for the Foxes, but Antonio wrote himself into the club’s record books with two goals late on.

First he turned away from Soyuncu and fired a strike into the bottom corner. For his second, he controlled a Vladimir Coufal cross and poked past Schmeichel.

Speaking about the win, Moyes told Sky Sports: “It’s a super night for us. The team played really well. The sending-off changes the game a little bit we did a lot of good things.

“It reminded me of Upton Park tonight. It was great.

“We’ve been doing a lot of good things. Leicester are a good team, they’ve won the Community Shield and FA Cup.”

When asked about Antonio, Moyes added: “I’m really pleased. I was disappointed with the way he played in the first half but he did enough to shut the manager up after what I said to him at half-time.”

The Scot also said that he ‘wasn’t keen’ on Antonio’s celebration, which involved a cardboard cut-out of himself.

Moyes continued: “The first thing is to make sure we keep playing like this. I think we’ve got to go up a gear. I’ve challenged the players to find that extra two points that could have been enough to get us in the Champions League.

“I could be asking far too much but what else am I going to do? Stand here and say we want to avoid relegation?

“Maybe I’ll ask the players if they can stay top now.”