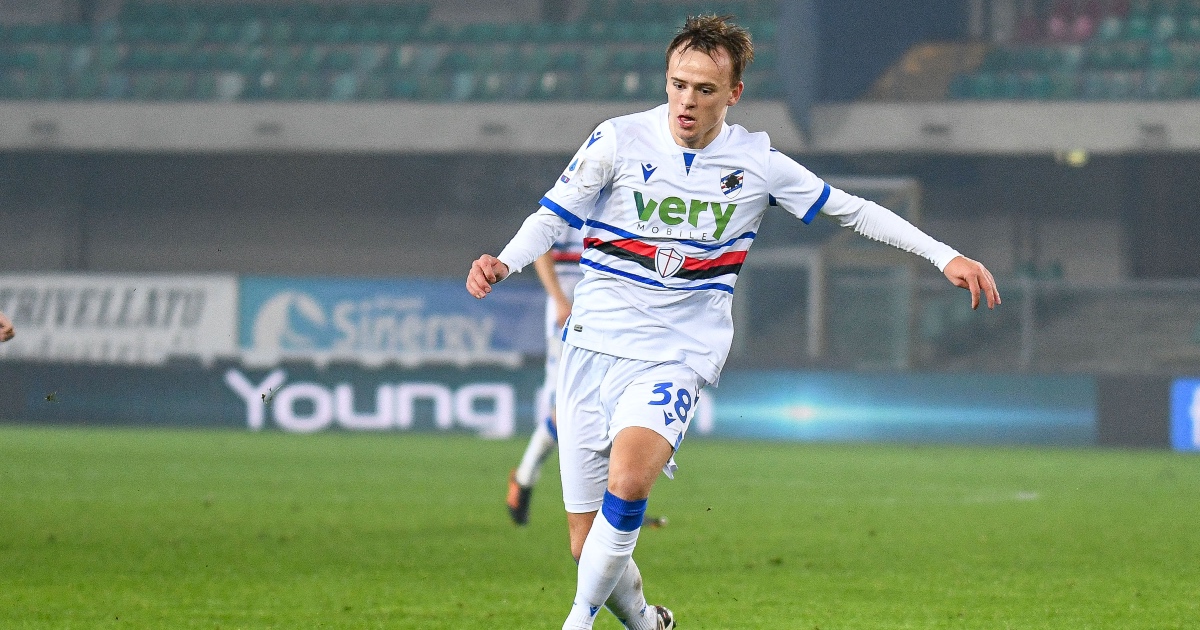 Tottenham have been told that they will need to make a ‘super offer’ to lure Mikkel Damsgaard to north London.

Damsgaard was a standout performer for Denmark at Euro 2020, playing a key role in their journey to the semi-final as he made up for the absence of the stricken Christian Eriksen.

His memorable free-kick against England in the semi – along with his general all-round displays – has caught the attention of some heavy-hitters in Europe.

MAILBOX: Boot is on other foot as hypocritical Spurs must sell Kane

And Spurs are among the clubs to have reportedly made their interest known.

La Repubblica (via Sport Witness) claim they have made their first bid for the forward, thought to be around €20million – but that’s some way short of Sampdoria’s valuation, in the region of €40million.

The report states that a good place to start negotiations would be around the €30million mark, claiming Sampdoria president Massimo Ferrero’s demands are unrealistic.

Ferrero is “angry” and insists the Serie A club is “not a discount store”.

“Damsgaard? A super offer would have to be evaluated, but Sampdoria is not a discount store,” Tuttomercatoweb report him saying.

“Why shouldn’t I keep him? I repeat, if a super offer comes in, we have to evaluate it as we all do, but I certainly won’t sell him off because nobody takes a Euro off for us when we buy.

“Sampdoria is not a discount store; that’s why I get angry when they say I exaggerate with the requests for my players.”

Nuno said: “I will not speak with you about that. I am sorry.

“It is not that I don’t want to comment, what I believe is that all the issue relating to Harry we should discuss internally, among us and try to avoid any kind of public argument or discussion about it.

“Us, we have to focus on what is important. We have to solve the situation but between us.

“We solve the situation internally with the club. Speaking and trying to reach a better solution and conclusion to this situation.”

When asked if he had spoken with Kane, the Portuguese added: “The answer I will give you is I expect to speak with Harry soon and I haven’t had the chance yet.”