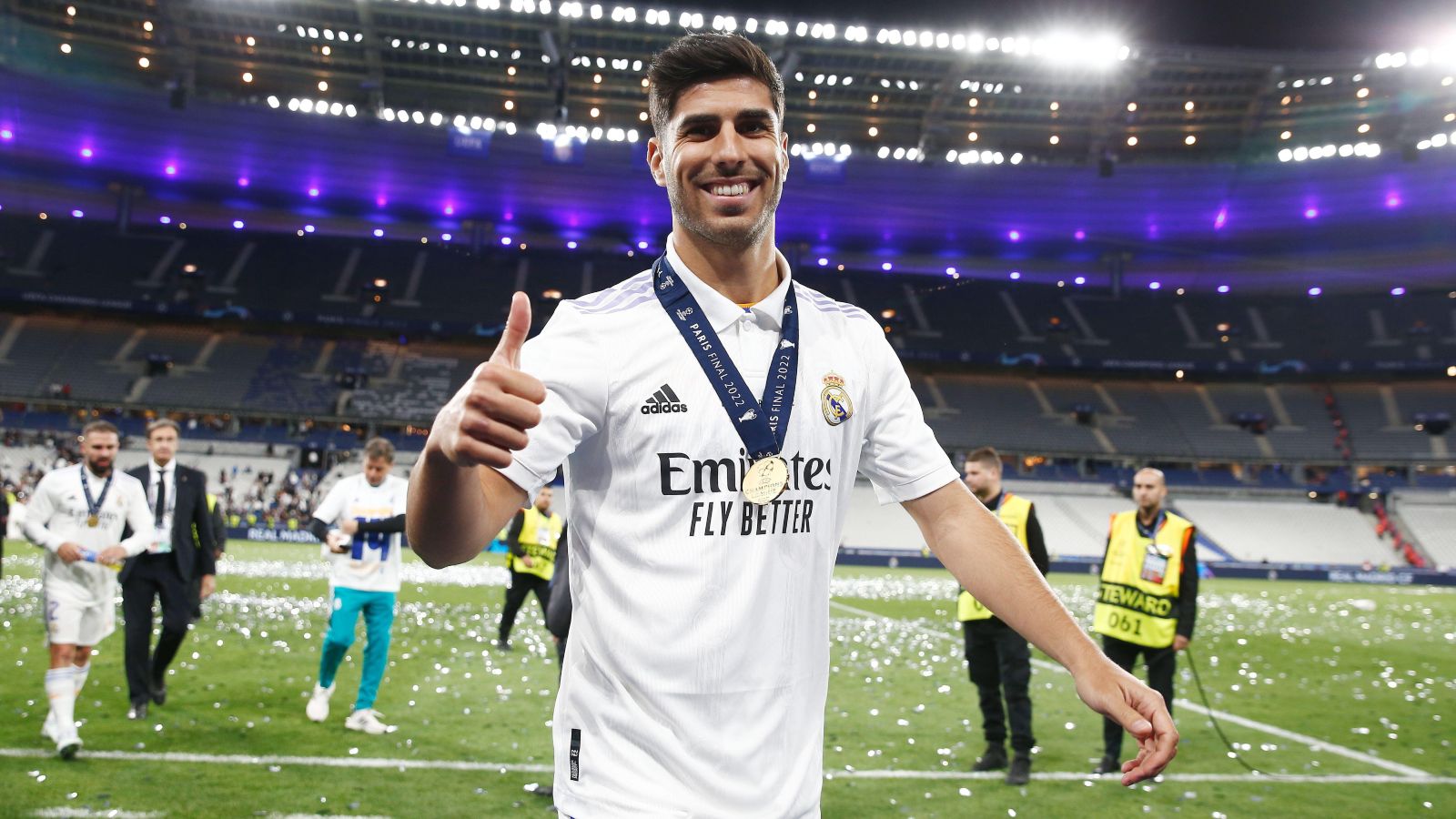 Real Madrid midfielder Marco Asensio has been offered to Manchester United by agent Jorge Mendes as a potential solution to their midfield woes.

United have four midfielders leaving this summer with Nemanja Matic and Paul Pogba joined by the more attacking duo of Jesse Lingard and Juan Mata.

Young pair Hannibal Mejbri and James Garner, who impressed at Nottingham Forest in their promotion to the premier League, are also potential options for United.

In terms of incomings, Barcelona’s Frenkie de Jong has been heavily linked having worked with Ten Hag at Ajax, but at present that deal is yet to materialise.

The 26-year-old is out of contract at the ned of next season and after years of being a squad player rather than a guaranteed starter, he could be open to a move.

The midfielder, who can also play out wide, was a unused substitute in the Champions league final win over Liverpool on Saturday, but did clinch his third winners medal in the competition in Paris.

“I’m absolutely convinced he’s going to get Timber in at Manchester United,” Van der Kraan told talkSPORT. “I know the player said he has to think about leaving Ajax… I think it was all political talk.

“I think he’s already made his mind up and he will join Ten Hag.

“If you look at when Rio Ferdinand joined, he was a footballing central defender. Ten Hag will never play with two Harry Maguires. He will want to have a real footballing player in central defence to start the build-up.

“Ten Hag will want to play on the half of opponents, just like Pep Guardiola. He’s a massive fan of Pep. I would almost think that there will be two teams with the same playing style in Manchester.”